As the University of Salford continues to pursue a former lecturer for libel, MULE can reveal that the Californian company behind the WordPress blogging site voluntarily handed over personal information relating to users – despite their denials. Gary Duke’s supporters claim the move deals a blow for online anonymity. 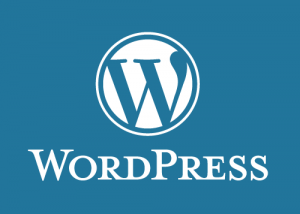 In the latest twist of the case Automattic Inc, the Californian company which owns blog-hosting website WordPress, has denied breaching its own rules on anonymity for users – in the face of legal documents and the contents of an email from their CEO which indicate the contrary.

The accusation of violating user privacy was first levelled by Dr Gary Duke in December. He alleged the company had handed over personally-identifying information to lawyers for the University of Salford (UoS) in absence of a court order legally requiring the company to do so – and in contravention of the US Constitution.

UoS lawyers had requested an extensive list of IP addresses in order to identify the author of a blog entitled ratcatchersofthesewer, which allegedly defamed members of staff at the University. This would allow them to proceed with a libel case.

An extensive list of IP addresses of all users who had been active on the blog was duly handed over to UoS lawyers.

When contacted by MULE, Automattic CEO Toni Schneider insisted that the information was only handed over on the basis of a valid court order requiring the company to do so.

This is in line with the Automattic’s privacy policy, which states that the company only “discloses potentially personally-identifying and personally-identifying information…when required to do so by law, or when [it] believes in good faith that disclosure is reasonably necessary to protect the property or rights of WordPress.org, third parties, or the public at large.” 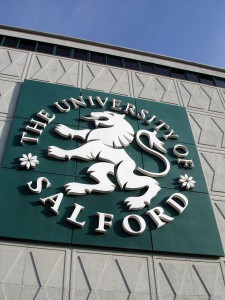 However, documents seen by MULE indicate that no such order was granted in a UK court and that large amounts of personally-identifying information were handed over without legal cause.

In an undated note to the High Court in Manchester, Counsel for UoS Simon Vaughans attests that the company “was prepared to make voluntary disclosure of the identity of the websites [sic] creator,” before going on to list the relevant IP address obtained. According to Vaughan’s statement the disclosure also “sets out at length the records regarding the identity of those who have contributed to the blog.”

This is followed by an affidavit signed by Toni Schneider on November 10 certifying the veracity of documents disclosed, in response to a request of records sought by UoS on August 26.

According to these statements presented before the court in Manchester no order was required, as Schneider had already voluntarily handed over a list of all the IP addresses related to activity on the blog.

In a statement to MULE Schneider has since denied to MULE that this is the case, stating “[to say we voluntarily handed over information is] both wrong and damaging to our reputation… [W]e never disclose personal information unless ordered to do so by a court.”

To add weight to their denial Automattic provided MULE with further documents which they say prove evidence of a court order. However, these consist only of an application for a court order by UoS, dated August 26, of which there is no evidence was granted. Duke has argued even if there was an order from a UK court this would have no binding effect on Automattic due to its origin in a different legal jurisdiction.

And in email correspondence with Duke the Automattic CEO appeared to contradict the stated position of the company on the matter, admitting that “I can tell you in general that we routinely respond to subpoenas and court orders in law suits that involve a site that is hosted by us, including international subpoenas (or equivalent). We occasionally refuse to cooperate with a legal request, but we did not see a reason to do so in the case of theratcatchersofthesewers.wordpress.com.”

These revelations come following the latest stage of the ongoing litigation between Duke and UoS.

On December 21 the Manchester Court granted an order requiring internet provider Virgin Media to release details of an account holder corresponding to a specific IP address, one of many on the list earlier obtained by UoS from Automattic.

Duke unsuccessfully argued against the granting of the order, contesting that the disclosure was an illegal act in the first place. He claimed that by handing over the information, Automattic had failed to respect the constitutionally-protected right of free expression, of which anonymity of authorship is an integral part according to a US Supreme Court judgement. He also submitted that an order should be granted forcing UoS to return the list of IP addresses. These arguments were not accepted by the court. 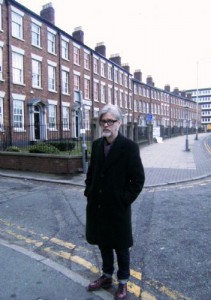 The order means that the IP address of the blog’s originator will be matched to the name of the Virgin user. Consequently UoS will be able to pursue a full libel case in the High Court.

Duke and his supporters now claim that the move by Automattic could have wider repercussions for online expression, as bloggers using the WordPress site cannot be assured of anonymity or privacy. WordPress is a widely-used blogging site and reportedly the internet’s most popular open source Content Management System.

Supporters of Duke are concerned that UoS are now in possesssion of an extensive list of IP addresses of other users associated to the blog, many of whom did not leave comments. One supporter, who did not wish to be named, told MULE: “The University demanded details of all contributors, not just the alleged defamatory contributors. Why should they want that unless they seek to intimidate and victimise their critics?”

Previously a lecturer at the University, Dr Gary Duke was sacked in 2009 for distributing a satirical magazine which lampooned the Vice Chancellor and criticised senior management pay. He is taking his former employers to tribunal for unfair dismissal in March.