Chinese artist Chen Man broke into the art world with her otherworldly photography for Vision, a Shanghai-based fashion and arts magazine, and has since continued to work with fashion giants such as Vogue. Now, a selection of her work is on display in the Chinese Arts Centre, tucked away in Manchester’s Northern Quarter. 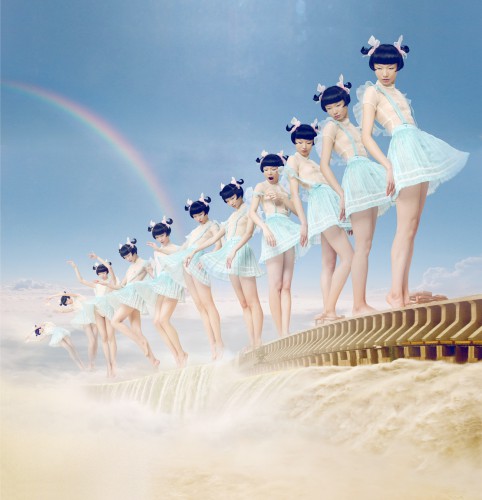 Chen Man’s magazine covers have an ethereal feel: a model wearing a goldfish bowl set against a launching rocket, a woman with an antenna made from skyscrapers protruding from the top of her head, colours and scale subtly tweaked and distorted. The models wear crimson eye makeup and have pale skin, their hair and jawbones framed with digital embellishments that give them an alien appearance that, in combination with their confident poses, is eerily beautiful.

Her work also makes playful references to China as an ancient civilisation, and China as a modern economic power. In one picture we can see a lotus flower, a traditional Buddhist symbol, and in another the model’s hair is styled to look like Mickey Mouse ears. In “Young Pioneer and CCTV” a girl looks out over the urban sprawl of Beijing, where she can see the ancient sloped roofs of the forbidden city framed by the monolithic Central China Television studio building.

Curator Ying Kwok explains Man’s work as being “about her desire to combine the modern and the traditional.” Does she feel that the political environment in China affects Man’s work? “I wouldn’t say that Communist censorship has a great influence on her work.”

Kwok goes on to explain what makes Chen Man unusual: “China is dominated by male artists, as is the whole society. But as a female figure, and being so young, it’s quite a legendary story.”