Atos, the multi-billion IT firm which has attracted criticism for computer failures and its controversial participation in the government’s “fit for work” disability tests, has won a seven year contract to implement Manchester’s planned ‘Oyster Card’ public transport scheme. 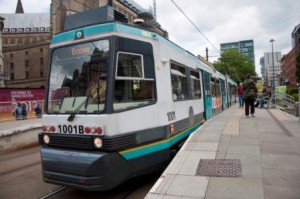 The contract will see the French corporate giant manage a planned electronic smart card ticketing scheme on behalf of Transport for Greater Manchester (TfGM), the region’s public transport agency. The company says the cards will be available to use on trams within two years, before being further rolled out to cover buses and trains in the region.

Atos, which holds £3bn worth of government contracts, has become dogged by allegations of bad practice in recent years since it won a deal in 2008 to conduct work capability assessments on people who are sick and disabled for the Department for Work and Pensions (DWP).

One in five of the company’s decisions declaring someone fit for work have been overturned either by the DWP or on appeal, according togovernment figures between 2008 and 2011. Critics denounce the tests as arbitrary tick box exercises enabling the government to unfairly strip people of vital disability benefits in an attempt to slash welfare spending.

The government dismisses suggestions that the DWP issues Atos with targets as “nonsense”. A recent Dispatches documentary however exposed the apparent use by the company of “statistical norms” of uncertain providence to estimate acceptable approval rates.

The use of such potentially dubious statistics led disabled rights activist Kaliya Franklin to argue, “There are effectively targets built into the system, but they are targets that are not technically targets because the targets seem to be being imposed by a potentially false baseline average”.

The company has also come under fire for its performance for the government in other areas following air passenger chaos at Heathrow last April following an IT breakdown at a Croydon passport control centre. UK Border Agency chief Rob Whiteman reluctantly admitted that Atos was the responsible firm under a grilling by Home Affairs Select Committee, and told MPs that the company’s “performance is not good enough”.

In a statement, Transport for Greater Manchester director David Hytch said, “Following a thorough, robust and comprehensive procurement process, we have appointed Atos who will provide the technical expertise to support us and our partners to ensure the right technology, systems and processes are in place to manage the roll-out of the scheme.”

The public transport agency failed to respond to emailed questions regarding the value of the contract or the criteria on which Atos was chosen as a supplier.