Sunday 20 June is Manchester Day – the city’s first ever. Dozens of colourful floats and thousands of people will take part in a parade to celebrate Manchester’s cultural diversity and creativity. That same day is also World Refugee Day – a fact conveniently forgotten. There are more than 20,000 refugees living in Manchester. Most of them have little to celebrate. 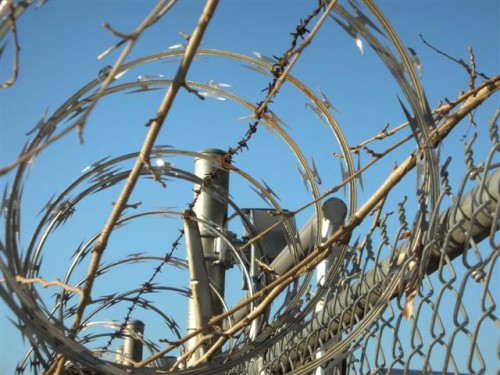 In past years, World Refugee Day has been used by City Council bosses to declare Manchester an open and tolerant city that has benefited enormously from successive waves of immigrants, many of whom were refugees. This year again, the Council has organised Refugee Month, which includes football tournament and a number of smaller social events in local libraries.

In truth, refugees coming to the UK have never had it easy. In the 17th century, the French Huguenots escaping from the persecution of Louis XIV were subject to tax discrimination. Russian and East European Jews arriving at the end of the 19th century were often met with hostile reception, leading to the 1905 Aliens Act which for the first time limited immigration to Britain. While thousands of Belgians successfully sought sanctuary in Britain from the fighting of the First World War, other nationalities were classified as ‘enemy aliens’. Even Jewish refugees from Nazi Germany faced strict immigration restrictions, though eventually children and some other categories were exempt from the visa regulations.

After the Second World War, the 1951 Geneva Convention finally enshrined the protection of refugees in international law. However, newly-arriving asylum seekers are still met with discrimination and hostility.

Manchester provides a prime example of the two-sided and contradictory attitude to refugees and immigrants in the UK. On the one hand multicultural life is celebrated at Chinese New Year and along the iconic Curry Mile. In July Exodus Festival, a public celebration of refugee art and culture, returns to Manchester once again. One the other hand, modern-day refugees face systematic attempts to bar them from taking part in the city’s life.

Dallas Court, near Salford’s quickly growing MediaCityUK, is home to staff from the UK Border Agency and to their infamous ‘snatch squads’. Often operating in the early morning, these snatch squads head out in blacked-out vans to raid the houses of asylum-seeking families whose cases have been turned down, and are known for kicking in doors before children have gone to school in an attempt to catch the whole family at once.

There is also Pennine House, on the other side of town at Manchester Airport. It is a sterile-looking grey building without windows and a small courtyard surrounded by high walls and barbed wire. Most would see this as a prison, but in official language it is a ‘short-term holding facility’. Failed asylum seekers are first locked up before being transferred to one of the bigger immigration detention centres elsewhere in the country. Men, women and children can be held here for indefinite periods, despite having committed no crime, having had no trial and having received no sentence.

In the city centre, the International Organisation for Migration (IOM) in Piccadilly completes the carrot and stick approach to asylum by offering financial incentives to migrants to ‘voluntarily’ return to the countries from which they fled. Here economic logic prevails: it might be cheaper to offer a small amount of cash to refugees who have found the asylum process insurmountable than to begin the costly process of deportation. So-called ‘illegal’ migrants face a choice between destitution and severe exploitation, often in the very culture industries officials are so keen to exalt, under the permanent threat of detention and deportation, and returning with a bit of start-up money to the places they felt compelled to risk their lives leaving.

These little-known examples offer a different view of Manchester Day: as a city of shame with a cynical attitude to World Refugee Day and a place of persistent and systematic hostility and inequality for migrants. Manchester Day should be a celebration, but also a remembrance of those living in fear of detention and deportation.