Coalition cuts will not be implemented says council leader

The leader of Manchester City Council Sir Richard Leese is expected to announce this morning that the local authority will be refusing to implement £109m of cuts imposed by the coalition government.

It is believed that a secret meeting was held earlier in the week by the local Labour Party in which Manchester councillors agreed that the case for non-implementation was overwhelming. According to sources within the council, Sir Richard gave a rousing speech in which he described the cuts as “completely unpalatable”, going on to say that “Manchester won’t eat any more shit.”

Manchester is the first council in the UK to consider such radical resistance against the Conservative-led government, who Leese will say have declared “social war” on the poorest and most vulnerable in British society. Local councillors now hope other councils across the country will be inspired into similar action.

Anti-cuts campaigners across the city have reacted with disbelief. One trade union official told MULE that they were amazed to find leading figures in the Labour Party taking “such a principled position” and was surprised to learn of a Labour politician “with any backbone”. After fighting what seemed a futile battle to save local services, campaigners are rushing to organise celebration parties, which will be held at youth clubs, Sure Start centres, libraries and swimming pools across the city.

Labour leader Ed Miliband has been quick to distance himself from Leese and Manchester Labour Party, suggesting to reporters that the actions of the local council are “no better than those of the mindless vandals we saw in London last weekend.” 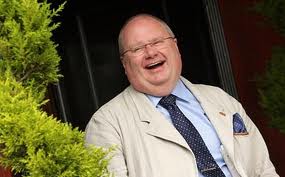 The coalition government have reacted with fury at the news. Upon hearing of the imminent press conference, David Cameron was reportedly so angry that he hurled his morning bagel at Deputy Prime Minister Nick Clegg. Talking outside Downing Street, a visibly shaken Clegg assured journalists that the coalition was as strong as ever, and that “any means necessary” would be used to bring the rogue council under control.

Eric Pickles is believed to be calling for a ‘no-fly zone’ to be put into immediate effect over the northern cities of Liverpool, Newcastle and Birmingham, seen as key strategic targets for the ‘rebels’. Leese and strongman Sir Howard Bernstein are apparently unperturbed by the rumours emanating from the capital, saying the people of Manchester and the north will be united and are prepared to “fight the toffs” whatever they throw at them. Rumour has it that the Manchester Committee of Public Safety have already taken over the headquarters of Greater Manchester Police. 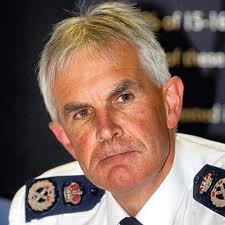 As Leese and Bernstein – who are preparing to renounce their knighthoods and pledge allegiance to the people of Manchester – urge employees to take over their workplaces, business leaders and many of the commenters on the Manchester Evening News website are said to be fleeing the city, fearing reprisals from angry workers and residents who have endured years of misery and exploitation. Tom Bloxham, chair of Urban Splash, speaking from his house in the south of France, said the council’s actions were “economic suicide”.

However, reports suggest that the firebrand president of oil-rich Venezuela, Hugo Chavez, is ready to pour billions of dollars into Manchester, and is prepared to fund a protracted campaign “for the emancipation of the Great British people”. 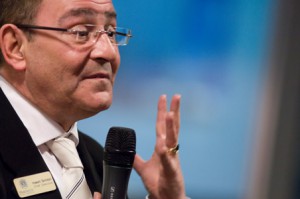 Bernstein explains the "inevitability of history" in unlikely change of direction

Bernstein, who will appear alongside General ‘Red Nev’ Gary Neville directly after Leese’s broadcast, is set to announce an immense public works programme across the city, including thousands of high quality council houses and community gardens. Chorlton is expected to be demolished to make way for a vast collectivised agricultural scheme to feed the “heroes of the New People’s Republic of Manchester”.

The people of Manchester are said to be overjoyed at the sudden change of heart in their illustrious leaders. “My people love me,” said Leese, “it’s only fair that I give them something back at this point.”