Owen Hatherley is a journalist, writer and blogger whose main interests lie in architecture, politics and culture. He is a regular contributor to Building Design, New Statesman, and New Humanist. He is also the author of Militant Modernism and most recently A Guide to the New Ruins of Great Britain. MULE’s Andy Lockhart caught up with him after ‘The Big Regeneration Debate’ at MMU to discuss his latest book and his views on the UK’s “flagship of regeneration” – Manchester. 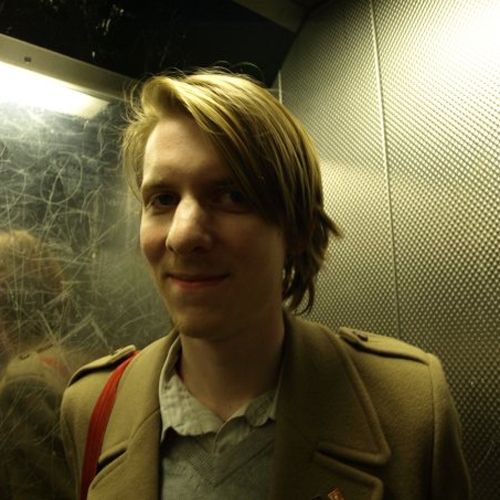 Owen Hatherley: The book’s about regeneration. The basic starting point for the chapter on Manchester is that the ‘urban renaissance’ –  repopulating city centres, of opening lots of museums and art galleries, getting Santiago Calatrava to design you a bridge – happened in Manchester first, foremost and most thoroughly. It was done with more conviction in Manchester than anywhere else. If you’re going to see regeneration anywhere at its purest form it’s the place where you’ve got to go. My take on it really is in a place where regeneration has supposedly worked, what does it look like? Apart from the first and last, every chapter of the book is written as an outsider.

The thing with Manchester was that it swallowed the whole thing hook, line and sinker. I got the impression in Sheffield, Liverpool and Glasgow that there were a lot more people very pissed off about what had happened. There was a lot more opposition and attachment to things that were getting destroyed – like council housing. In Manchester it appeared they were quite happily on the make. Reading all these magazines – like Manchester Living and so on – it was like the property industry had got to the point where it was the press as well! The Salford Star was the only thing at the time that seemed to have any critical edge whatsoever, which I don’t think was true of a lot of other cities. So that was partly the object of my ire really.

The other thing is the way the place markets itself. Every student comes here because of the its history of radical art, music and politics – they don’t come for the excellent business environment! The city is completely conscious of that and markets itself as such. Manchester produced three major things other than the industrial revolution. Those are Manchester liberalism, the labour movement and the punk, rave and alternative culture that happened here from the late 1970s. But it’s like the first ate the other two. The labour movement and punk and rave became Manchester liberalism – and Manchester liberalism is the basis for neo-liberalism and laissez-faire capitalism. They still think they’re part of other traditions, but they’re not.

AL: You describe the New Labour approach to urban regeneration as “social Thatcherism” – could you explain what this means and how you see it work in Manchester? I’m thinking in particular about how planning became more prominent once again.

OH: The phrase is actually nicked from Jonathan Meades. It was brought in by John Major in many ways. It was a reaction to the naked class war of Thatcherism which is coming back now. Major said he was going to make a classless society. He repealed Nicholas Ridley’s reform of planning laws. Out-of-town shopping centres were curbed under Major. I think it was partly because of people in the shires not wanting shopping malls. Certain parts of this carried on under New Labour. It was an attempt to make neo-liberalism nice, an attempt to realise social democratic goals using neo-liberal means. I think that’s what the Labour Party in Manchester are all about. It’s trickle-down economics but in Labour language. I was reminded of capitalism with Chinese characteristics of Deng Xiaoping. 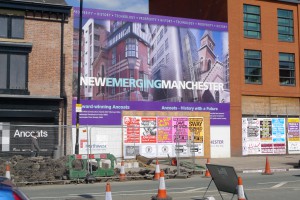 You see a certain amount of planning coming back. There’s government encouragement to build city centre apartments so they build them. There’s government encouragement to build the Lowry, the Imperial War Museum and Urbis and they do so. There’s this weird mixture of quite old school 1940s economic planning being used to set up capital. Pathfinder’s a perfect example of this. The reason compulsory purchase orders came in was to buy up housing owned by slum landlords in order to build council housing. Now you have CPOs being brought in to get rid of them. It’s this kind of reversal. The Town and Country Planning Act (1947) that was brought in to fight landlords and fight property is being used to serve their interests.

AL: In The Guardian you called the Housing Market Renewal Pathfinder as “slum clearances without the socialism” and as “class cleansing” in the book. How do you think HMR represented New Labour’s overall regeneration strategy?

OH: As I’ve said before it’s in the name! The council can talk all they like about how they’re investing in green technology and infrastructure, but we all know what runs the country and this city’s economy. It’s property speculation and financial services, and we’ve just seen what absolute chaos they create. Housing Market Renewal is a great example of this. You look at a city like Manchester after the industry went. There’s absolutely nothing left – so what do you do to make money instead? How do you make the money that will ‘trickle down’? You create a housing market like the one in London.

The south east of England is in theory at least the richest part of the country. One of the reasons is that it’s got an enormous property market. I think it was linked to what was happening in the city centre, and to try and do what worked in the south east. It worked there because it was clustered around the City of London and Canary Wharf. It also had the knock-on of places like Newham or Tower Hamlets being at a level of almost Third World poverty. Places like Luton, Portsmouth or Southampton where I’m from, have absolutely colossal levels of extreme poverty, but they have the difference that they’re very nearby people who are extremely rich. That wasn’t the case in Manchester – you had extremely poor living near extremely poor people.

Pathfinder’s also an example of something where you can do completely whatever you like in certain places. Because Manchester’s never going to elect a Tory council it’s like a one-party state. So you can demolish huge swathes of working class housing. What are people going to do? Vote Tory? It’s that arrogance that’s particularly sickening. There’s a bit in Anna Minton’s Ground Control which really struck home. She’s talking about Pathfinder in Oldham. Those who were offered money through CPOs were offered a level of money that meant they could never live in that area again – and there’s a reason for that.

AL: How does public-private partnership (PPP) fit into this?

OH: The whole point with PPP and PFI is getting business to invest in things that they’d never otherwise invest in. Until pretty recently there’s no reason why any business would invest in flats in the centre of Manchester. So in that situation what you do first is make sure that there’s no risk for them whatsoever. You make the terms enormously favourable to them – so favourable that it becomes farcical really. But you end up offering them so much cash inducements that in many cases it would cheaper just to do it yourself. So many of these schemes are hugely expensive – I mean Pathfinder’s enormously expensive. I’d be very interested to see the comparative figures of how much it would cost to patch up and renovate those houses and the price of the clearance. I’d be very surprised if it was cheaper.

AL: It was reported in the Salford Star a while ago that the Manchester-Salford Pathfinder had spent more money demolishing houses than it had building them… 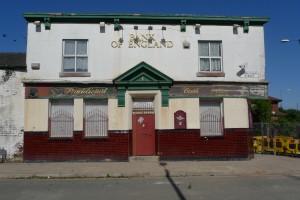 OH: Yes I think that’s true across the board.

AL: And how does all this affect the design quality of new developments?

OH: In terms of how it impacts on design there are certain instruments which have been brought in that almost guarantee poor architectural quality. ‘Design and Build’ is one of them. This basically means after an architect puts in their first design they have no legal control. I know of architects who have worked on social housing who have begged their contractors – Capita in this case – to let them see the building they’ve designed as it goes up who were refused point blank. They actually drove over to these houses that were being built. Obviously they found that huge liberties had been taken with the design.

You’ve also got PFI which is engineered to make sure that no one is accountable. This is very much the point – it becomes this labyrinth so that’s almost impossible to finger someone and say “you’re the one who’s responsible for this.” The other thing is something called ‘Value Engineering’, which essentially a legal requirement that the architect has to sign up to which says that anything they can make cheaper they must make cheaper. It creates an environment where it’s legally impossible to design a good building unless you’ve got a very direct relationship with the client. With something like the Beetham Tower – whatever I might say about it – you’ve got a situation where things like detailing, however tacky they might be, are also quite expensive and quite thorough. It’s because there’s a direct relationship between Ian Simpson and Beetham. That’s very very rare. Usually there’s a kind of labyrinth affair in which the architect is one of several people with their fingers in the pie and one of the lesser ones.

Owen Hatherley blogs at nastybrutalistandshort. His first book, Militant Modernism, was published by Zero Books in 2009. A Guide to the New Ruins of Great Britain was published in 2010 by Verso. Part 2 of the interview will follow in a couple of days…