A temporary “pop up” shop stocking items from artwork to clothing and music to second hand books while acting as a space for feminist causes is planned to open early next year in the Northern Quarter. 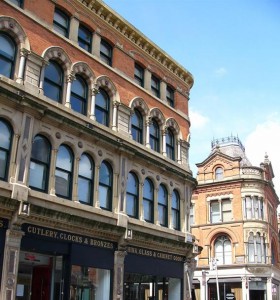 The group behind the idea, a newly-founded organisation called the Feminist Revolution Network, say they also hope to offer an information service for local and national campaigns, causes and petitions for the women’s movement.

All profits from the store, staffed by volunteers, will be shared between the Free Pussy Riot legal fund for the jailed Russian feminist punk band and Women Asylum Seekers Together, a self-help organisation of forced migrant women in Manchester.

A spokesperson for the group said they wished to “be actively involved in promoting feminism and equality within the local community, and we’ll be working with both local and national feminist groups to further the movement.

“We’re planning a range of activisms in Manchester, and we’ll be supporting activisms further afield. We’ll also be fundraising for local women’s charities throughout the year.

“We encourage women of all ages and from all backgrounds to come along to our meetings, we’re LGBTQ positive, and we welcome feminist men too.”

Their first meet up is set for 18 October at 7pm in Teacup in the Northern Quarter, Manchester City Centre