An evening of film and discussion will take place tonight to commemorate the life of Irish-Mancunian Spanish Civil War fighter George Brown. 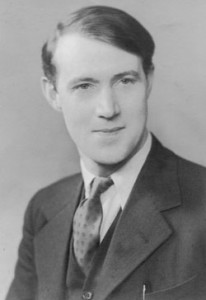 The short film and lecture on Brown’s life and the Manchester and Irish contributions to the Spanish Civil War will be presented by historian Harry Owens at Cheetham Hill’s Irish Centre from 8pm this evening, as part of Manchester’s 2012 Irish festival.

Born in 1906 in Ballyneale, Inistioge, County Kilkenny, Brown’s family emigrated to England in a search to escape poverty. Raised and educated in Salford, Brown left school at 14 to find work as a weaver and soon joined the trade union movement to campaign for the rights of the working class.

His experiences of the general strike of 1926 led Brown to join the Communist Party, and he was one of the first volunteers to enlist in the International Brigades to fight against General Franco when Spain’s democratic government was brought down by a fascist coup in 1936.

A soldier in the 15th “Connolly Column”, named for the Irish republican socialist James Connolly, Brown was killed at the battle of Brunete in 1937. Since 2008, his life has been commemorated each year in his original hometown of Inistioge.