Not-for-profit film group Castles Built in Sand announce the public screening of a new documentary looking at some of Manchester’s DIY musicians. 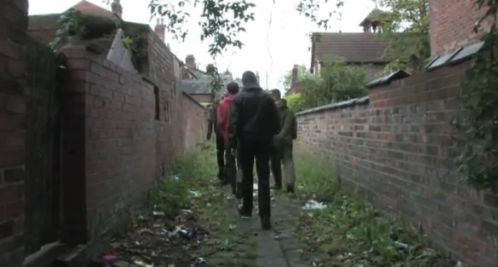 The film depicts the comradeship and shared creativity of the various elements of a counter-culture DIY collective that became knitted together during the 2000s. From house gigs in Levenshulme to key venues such as Klondyke Bowls Club, hand-drawn posters to using the same rehearsal space at Redhouse, the scene developed by building an inclusive audience based on lasting personal friendships rather than cold, passive marketing.

The decision to create a film to cement the legacy of the aesthetic and motives behind the punk and post-rock subculture can be one to proffer reminisce and the finality of tying up loose ends, but could also attract more intrigue and demand for old rarities such as flyers and vinyl records. Maybe the likes of The Brian Jonestown Massacre wouldn’t have their guaranteed annual Manchester Academy gig without filmmaker Ondi Timoner recording their love-hate tussle with The Dandy Warhols.