Iraqi journalist Rzhwan Amin, detained and at risk of deportation as a result of the UK government rejecting his claim for asylum, writes on freedom from inside Morton Hall immigration removal centre. 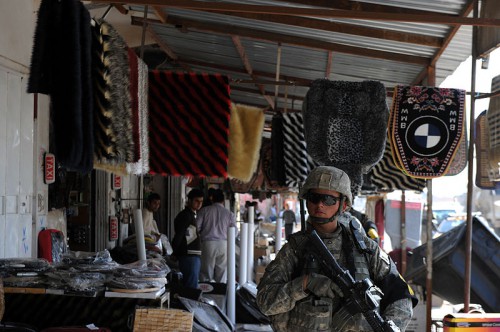 I was raised in a country where the idea of freedom of speech that had circled in my mind was, in practice, randomly forbidden without any reason. In public debates and the media real opinions were not expressed clearly but were heavily coded. Articles were often revised and key phrases changed before their publication. Over time the weight of the realisation of this predicament grew as my many attempts to express my honest opinions publicly failed. For us, as journalists in Iraq, the option of free speech was not regarded highly by ruling forces.

After the liberation of Iraq, labelled “Operation Iraqi Freedom”, I was based in Kirkuk. The post-war healing period was longer than Iraqi people expected and led to many civil disorders in both Kirkuk and Baghdad including riots, political corruption, and anarchy in every sense of the word.

The conflicts between ethnic groups spread throughout the population. I still remember when the Kurds fought against the Turks in 2004 in Kirkuk and my mother told that this happened before in 1957. Arabs, Kurds, and Turks increased their efforts to gain power and thus declare control in the area. The same scenario took place in Baghdad among the Shias and the Sunnis, which led to the arbitrary sackings of academic and professional Sunnis. This included Professor Dr Naji al Tekriti and Dr Saad Alhadethi from the University of Baghdad’s Philosophy Department in 2003, where I studied.

In 2004 a group of academics and students at the University of Baghdad decided to turn their thoughts and ideas regarding the situation into action by writing political articles that expressed their free speech. Dr Afrah Lutfi, the lecturer at the philosophy department, Dr Thakaa Saleh, Ali Abood, Bashar Almandalawai and I were involved in writing articles for the University of Baghdad newspaper, issued every fortnight by the student union. I also became involved in another newspaper called the Iraq Student. 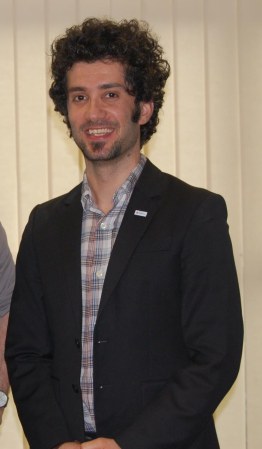 As a group of academics our aim was to promote our ideas and raise awareness within academia and the media of the restrictions on free speech, the reporting of facts and the concealment of the reality of the threats to us by ruling parties in Iraq. In Kirkuk, academics and journalists were targeted which led to incidents such as one in July 2008 when a Kurdish journalist was killed near to his house because of his reports in Lvin magazine about the corrupt police and government.

While in Kirkuk I was producing content for the locally-based Al Jadeeda newspaper. In late 2009 I met Arif Qorbanee, the director of Kirkuk TV station, around the same time that the candidates of Iraq’s and Kirkuk’s ruling parties, particularly in Kirkuk, were starting their election campaigns. The campaigns asserted for themselves the principle of a free vote in the upcoming 2010 national election. While this was upheld in theory, in practice it was not like that.

One of my articles was issued in January 2010 in Al Jadeeda under the title, “Will the Election Bring a Solution?” In that article I highlighted the shortcomings of Iraq’s political system and the corrupt practices of the election candidates in Kirkuk. A week after it was published I received a letter from a leading Kurdish political party in the region which asked me to attend “an urgent appointment”  regarding the published article.

One of my colleagues, to whom I am very appreciated for warning me, told me that the letter was a trap. It was reasonable to believe that I was now being targeted based on the similar experiences of other journalists and reporters. I felt that I could not stay there any longer and that my life was at real risk.

I made the decision to flee my homeland and try to find a path where I could follow my desire for journalistic freedom of expression. I left a country where for 30 years I could not find an accurate definition of free speech in any dictionary. It seemed that freedom of speech was only a metaphor for silence. A tragic journey for me ended in Great Britain, however the word “great” that I had in my mind proved another abstract concept. I fled Iraq in Feb 2010 and arrived here in June 2010 to seek asylum, in the hope that the UK would be the end of my journey. 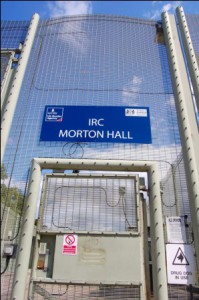 When I claimed asylum my solicitors obtained two reports from Julia Guest and Dr Alan George, who both wrote that my life will be at real risk if I were to be deported back to Iraq. I also obtained reports from the journalistic centres in Iraq which highlighted the violations against the journalists in Kurdistan and Iraq.

Unfortunately my two asylum cases and subsequent appeals have been refused and exhausted. I am now fighting for the right to have my latest appeal re-examined and have successfully lodged an application for judicial review at the High Court with the help of my solicitors. Recently, I was placed in detention at the Morton Hall centre in Lincolnshire by the UKBA, and it is here that I will remain until a decision on my case is made unless I am granted bail. I am facing an unknown future and possible deportation back to Iraq.

In this way it feels like I’m jumping through the hoops alone, where a sense of nothingness has overshadowed my desire for freedom.

Leaving everything behind could be done in search for the answer to a rhetorical question, but on the other hand it might be done to seek an integral change to the realities of daily life. As human beings I believe that we are determined to be free in the ways that we seek and should have the capabilities to be so. Gaining the right to remain in the UK will enable me to fulfill my desires of continuing my professional career as a journalist and as an adviser in British Red Cross to support asylum seekers and refugees.

Even behind bars I believe we can be free in certain ways, however the reality of imprisonment can break down this belief in the attainment of freedom. Despite trying to obtain it we cannot always get what we try for!

Consideration of my situation in law risks overlooking these silent pains of mine. Lately I have realized that every country has a different definition of freedom which can vary substantially and thus renders one person’s interpretation as not understandable to others. Overall, I am still in quest for that metaphysical freedom, despite the barriers I face as a detainee speaking from behind bars.