Greater Manchester’s local authorities are affirming official schemes to reduce carbon emissions. But so far their plans appear more aspirational than actual, and driven by the interests of business rather than preparing the city for a sustainable future. 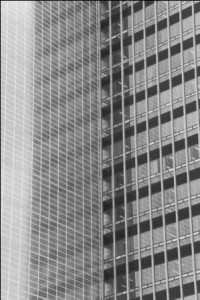 Manchester’s lead on this project follows its own much better publicised climate change strategy plan Manchester – A Certain Future (MACF), which was released at the end of 2009. Indeed, MCC’s head of environmental strategy Richard Sharland is acting director for the Greater Manchester climate change scheme that includes vague yet worthy aims such as “embedding carbon literacy into lifestyles” and “being prepared and actively adapting to a changing climate”. Another goal of the plan is the “rapid transition to a low carbon economy”, rather surprisingly when you consider the council is shirking a commitment to publish a report on the implications of a steady-state economy for its own city.

In fact, judging from the lack of progress around the Manchester climate change plan the future does not look promising for the ‘Greater Manchester Climate Change Strategy’. Almost three years on and despite a stakeholder-led target of 1,000 endorsers by the end of 2010, the Manchester climate change report has secured the support of just 201 organisations. Only two of these have come up with a delivery plan to meet the target of a 41 per cent CO2 cut by 2020 – one of them is the council itself and the other is Northwards Housing, which manages council properties.

I wrote to Manchester City Council asking if there had been any efforts to work with the endorsers to come up with delivery plans and they replied that they support Manchester businesses through the council-run Environmental Business Pledge.

“What if the endorsers are not businesses?” I asked. They admitted, “the MACF Steering Group has chosen to focus its limited resources initially on businesses and other organisations,” which they explained were “understood to have the greatest potential for carbon savings and resource efficiency improvements.” They did however add they would be increasing their focus on residents and individuals in future through the roll-out of the “Carbon Literacy programme” currently in development.

This focus on business reveals the real aim of the Manchester (and Greater Manchester) climate change plan – attracting green investment. In 2008/9, before the global financial meltdown, the low carbon economy and environmental goods sector in Greater Manchester was worth around £4.4 billion and supported 34,000 jobs. And according to the recent Greater Manchester Climate Change Strategy report, their low carbon transition goals will encourage the investment of around £8-10 billion in projects across the region over the next five years.

Replying to a Freedom of Information request, Richard Sharland revealed that due to the cuts, five full-time staff members at the council’s Environmental Strategy team were taking voluntary severance or early retirement for the financial year of 2011/12. He nevertheless insisted that “no actions from the Council’s delivery plan have been delayed or cancelled as a result of the Government’s financial settlement.”

With such a focus on drawing capital into the region, the important work of talking to residents, informing us about global warming and preparing communities by making them more resilient to climate change is simply sidelined for better economic times – something unlikely to materialise in the near future. So until then investments and the promise of ‘jobs and economic growth’ will continue to trump other concerns.