History festival to explore Manchester’s past

Greater Manchester’s heritage is to be celebrated with today’s launch of the second Manchester Histories Festival. A host of events are planned, with a packed programme of performances, lectures, walks, discussions and more over the next ten days. 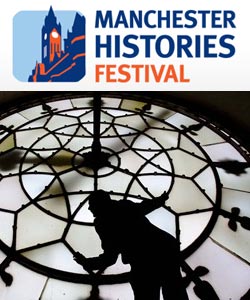 With events covering diverse topics including Roman history, the birth of capitalism and socialism, and archaeological digs of Hulme’s mediaeval and industrial past, the festival builds on its first successful launch in 2009 which saw over 4,000 people pile into Manchester’s town hall over the course of a single day.

The Festival is being organised by a partnership of the University of Manchester, Manchester Metropolitan University and the museum association Renaissance Northwest. A number of local organisations are also involved, including the People’s History Museum, the Working Class Movement Library in Salford, Tameside Libraries, local family history societies, and community groups across Greater Manchester.

Organisers sum up this year’s festival as an opportunity for everyone “to learn, explore, discover, and interpret history through music, film, debate, talks by renowned historians, performance, walking tours and lots more”. Children’s events will cover all age groups, from storytelling for the under-fives to a history lecture targeting teenagers on how migration has transformed the city.

Over thirty nine ‘history walks are to span the city, from the tours of the Manchester Town Hall clock to a Manchester LGBT Heritage Trail and a Radical Salford Tour. For people after a more leisurely tour there will be a three hour cruise on the canals and rivers to learn the history of the docks and dockers.

And for cyclists there will be a Clarion Cycling Club and Family Cycle Ride on Sunday 26 February which starts in Bolton and Stockport, goes to the Peoples History Museum and ends at the Working Class Movement Library. Members of the cycling club will arrive on penny farthings and vintage cycles.

The festival culminates on Saturday 3 March with a “Celebration Day”. Manchester Town Hall and the Friends Meeting House will be at the centre of numerous free activities including 80 exhibitions, several stalls, as well as film screenings, and cookery demonstrations. Talks are planned on topics as diverse as the black boxer and communist Len Johnson, the links between Manchester and the American Civil War, and the legacy of Manchester’s alternative magazines.

The Library Theatre and the theatre group “Larkin About” will also invite people to take part in a history game where participants can explore the tense relationship between the working class and figures of authority during the industrial revolution. A reminder if one were needed that recession, poverty and struggle are nothing new to the working people of this region, and that history can be an important tool in the struggles of today.