Letter: money for Central Library…but not for community libraries?

The Manchester Evening News reported on a £500,000 donation to Central Library. At first glance it might seem impressive that the Wolfson Foundation can donate such a large figure to a public library. But this money is to carry out the “wish list” of culture bosses, after £48 million has already been spent. 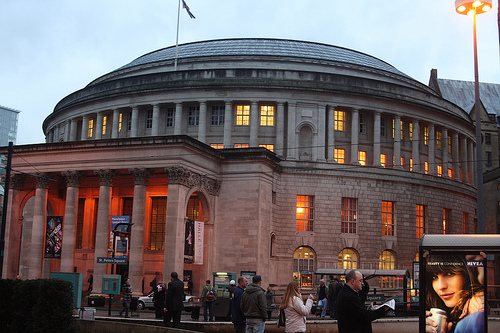 The wish list includes new furniture and what must be a very expensive clock repair. On top of this, while the council attempts to close six community libraries , they are asking people to give more money to this one central facility in the form of a charity they intend to set up.

It seems a pity that those talking to Paul Ramsbottom, head of the Wolfson Foundation, who said, “Public libraries continue to play a crucial role in British Society”, did not let him know for example that Burnage library is due to close but costs just £42,000 a year to run.

Keeping facilities like this going may have greater benefit to the city than focusing so much one one library. Impressive and treasured as this library is, surely we should value the city wide provision and have a more balanced approach to library services for all council tax payers?

Many residents will never use Central Reference Library; local provision may make all the difference to their educational achievements and life long interests.