Multi-billion pound auditing firm KPMG has praised Manchester for being the most tax-attractive city in Europe thanks to its low wages and cheap property values. 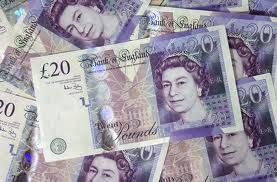 The multinational company’s comparison of tax costs in 113 cities in 14 countries around the world saw the city ranking ninth overall, ahead of London in 15th place.

The top cities were Chennai in India, Vancouver, and Chengdu in China, according to the firm’s special report on tax.

KPMG’s North West head of tax Christine Hewson told the Business Desk that the dubious honour was down to “very attractive” tax breaks for businesses in the UK, combined with Manchester’s cheaper labour and property markets in comparison to the capital.

“The difference between the two is largely due to Manchester having lower rates for ‘other corporate taxes’ and ‘statutory labour costs’ which are both based on actual business costs that are incurred by businesses in the city”, she said.

Thankfully clarifying that remark she added, “So essentially, a reflection of the relative costs of labour and property values between Manchester and London”.

Economic analysts have identified the city as existing in what the 2009 Manchester Independent Economic Review termed as a “low wage equilibrium”, where companies in the region rely on cheap, “flexible” workforces to protect profits.

Manchester also has one of the highest rates of child poverty in the UK, at 42 per cent, and more millionaires than any other city in the UK outside of London.

A total of 374 people in the region are worth over £19m including local Bruntwood property magnates the Oglesby family and Peel Holdings owner and tax exile John Whittaker, according to a recent survey by WealthInsight.