A local film co-op is to make a comeback with a screening of Patricio Guzman’s award winning documentary Salvador Allende, 42 years after Chilie’s democratic leader was deposed in a coup. 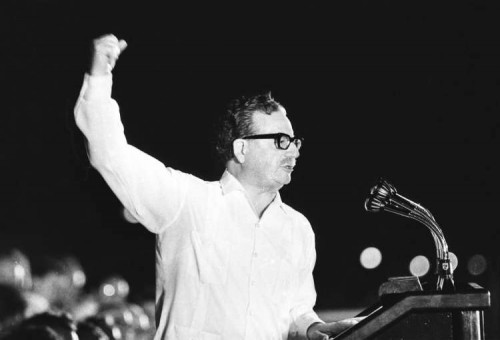 The screening is the first return of the co-op since the summer. First set up over four years ago and based at Salford’s Kings Arms pub, a fresh set of people have taken over the running of the group after the original founders at Salford University decided to take a step back.

“The original ethos was that it was non-commercial and would show films that challenged politics and society” said co-op member Jonathan Davis. He told Mule that the group wished to keep to this spirit but also “reach out to people and show Manchester-relevant films” in future screenings.

Davis explained how the group hoped to hold chats after the screenings about the themes and meanings of the films, and wanted to kick off the season with a discussion of the ethics and politics of the murder of the democratic socialist President Allende and his replacement with the free market dictator General Pinochet.

Upcoming screenings are likely to include a sneak preview of the Real Social Network, a yet-to-be-widely released film about the fresh and creative methods of protest which have emerged in recent years.

The film will screen on Tuesday 11 September at 19:45pm at the Eighth Day Cafe, Oxford Road, Manchester. Admission is free