A not-for-profit organic food co-operative bringing together local organic growers and buyers are raising money to bring locally-sourced, environmentally friendly and affordable grub to Manchester as an alternative to global agribusinesses. 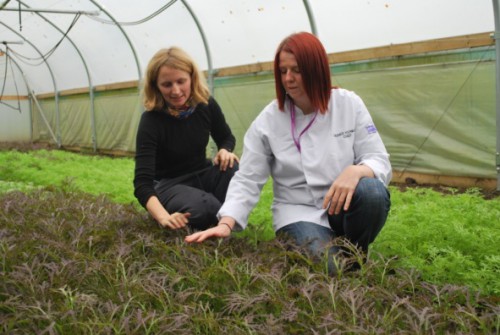 The co-op, Manchester Veg People, ensure the food is organic, seasonal produce sourced within 50 miles of Manchester city in order to keep their carbon footprint down. All food is picked to order the day before delivery to cut down on waste and sold to Manchester’s eateries after ensuring producers, who range from city market gardens to a sizable 150 acre site,  are paid a fair price for their produce.

The co-op ensures growers are paid enough so that organic farming becomes a viable way of living in the UK for independent producers. In a statement Manchester Veg People co-ordinator Katie Brandon said, “Manchester Veg People got together because they were worried about the impact of the current food industry, both on the environment and on small scale farmers as, shockingly, the people who produce the food we eat are some of the lowest paid people in the food supply chain.”

The fundraising campaign would help buy much needed equipment such as a van and a freezer so that the co-op can be fully independent and much more mobile, as Manchester Veg People are currently forced to borrow and share space and equipment with other groups.

Brandon explained, “Without the money raised through the crowdfunding it’d be virtually impossible to make this business viable. We have no space to expand at the moment and without our own van we’re very limited on the number of deliveries we can do so this stops us from taking on new customers. We need to scale up quite dramatically to make the project viable.”

Prizes are also on offer for people who wish to donate and include sponsors getting their name on the official website, having a chicken named after them, joining a bread making master class with Mary-Ellen McTague of The Aumbry or having their name written on their van.

For Brandon, the scheme provides a viable alternative to industrialised agriculture. “Our model supports existing growers (who have particularly struggled over the last two growing seasons due to the unpredictable weather), but also new people into farming – by trying to make food production a viable way to make a living”, she said. “This is something we desperately need in the Northwest (and across the UK) – if we want more of our food produced locally and sustainably, then we need more people to grow it for us.”

See here for more information on the campaign