The new technologies and electronic music production festival FutureEverything is back for another year with as enticing a line-up as ever. Ian Pennington leafs through the programme to pick out some musical highlights.

It was due to the old FutureSonic festival’s expansion beyond just music and into various arts and multimedia that the all-inclusive alias of FutureEverything was adopted, but some of the main attractions are still those with a musical theme. That said, it is the crossovers into other art forms which provide this year’s more eye-catching shows, with audio visual (AV) experiences noticeably prevalent.

Browsing down the list of names, it becomes difficult to leave any out, but Death Grips is an easy show to avoid given the cancellation of the band’s tour last week, which unfortunately includes their FutureEverything closing party gig on 20 May. But before that there were many affiliated events beginning on Wednesday 16 May, including free entry workshops and performances as well as the ticketed gigs. 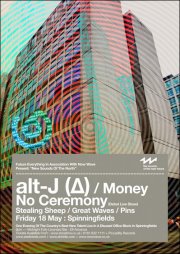 Alt-J at Quay House in Spinningfields

Amongst the AV gigs is the standout name of Amon Tobin, who will perform the highly tipped ISAM live AV set at Manchester Academy on Saturday 19 May. That will be followed by an after-party in the main Student Union building featuring a selection of artists from Marcel Dettmann to Falty DL, playing techno, house and other nuances of electronic music.

Of the showcase events an improvised AV show at St Philip’s Church in Salford, with former Cluster musician Dieter Moebius scoring Metropolis 1927, seems hard to miss on 17 May, while Tim Hecker and Shabazz Palaces vie for attention at separate venues on 16 May. Local promoter Now Wave provides a Manchester angle for their line-up at a disused office block in Spinningfields on 18 May, for which new Manchester bands with effects-heavy compositions such as Money, Great Waves, No Ceremony and Pins, will warm up the audience ahead of Alt-J. Otherwise, Matthew Herbert’s rendition of his One Pig concept album at the Royal Northern College of Music is a worthy alternative held at the same time on that day. 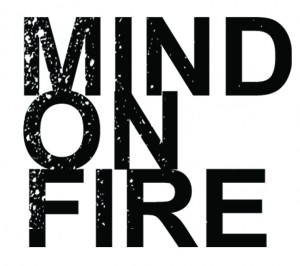 Mind On Fire Records have catered for late-nights events, having scheduled live performances by Deadbeat and Andy Stott as well as a Szare DJ set for the FutureEverything opening party on 16 May in addition to another AV show on 18 May, this time with Bristolian DJ Cheeba headlining and supported by Hot Vimto, Jonny Dub and Omas.

Further information on listings for FutureEverything gigs can be found on their website.