On Friday 13 August the recently revamped Earth Cafe will be hosting an exciting new event called OpenMind that fuses the devising process of theatre with light hearted discussion, providing an open space to share ideas. 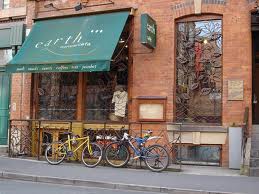 Each month a guest artist will present an extract from a work in progress, and the performance will be followed by a discussion with the audience. The idea is to allow feedback for artists at the early stage of development, whilst giving a chance for theatre goers to experience a more unseen side of the inner workings of theatre.

The second half of the event will be an open space for the showcasing of a variety of artistic styles ranging across theatre, dance, comedy, singing, hip hop and instrumental bands and musicians. The objective is to facilitate new forms of expression in an improvised live setting.

Ushiku (Indigo) Crisafulli is a 21 year old actor, writer, poet, and graphic artist, having come through the ranks as a student of Contact Young Actor’s Company (CYAC). The creator of the new OpenMind format, he will also be this month’s guest artist. After representing Manchester as a Young Leader and guest facilitator at last month´s Contacting The World international theatre event, he was inspired to continue the process of sharing and exploring with others involved in performance and expressive arts.

“When I speak to my friends outside of the arts, one thing I’ve noticed is the lack of understanding of the process that’s involved in creating theatre.  Theatre goers turn up at a staged performance – and see the finished product. But theatre is a constant journey of not only refining your projects or your craft – but growing in yourself too.” 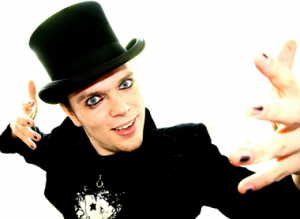 The other half of the OpenMind duo is Dominic Berry, Manchester’s very own Queer Vegan performance poet. He has an experienced background within the Manchester arts scene, having hosted Verbally Challenged and OutSpoken at Contact Theatre, as well as monthly poetry events Freed Up (Green Room) and Poetry Pillow (An Outlet). OpenMind got off the ground when Ushiku approached him with the idea and, following futher discussions, the Earth Cafe kindly allowed them to have a space to try out the project.

Ushiki told MULE: “I’d like to invite theatre goers or perhaps even people who aren’t affiliated with the arts scene to engage in the process of creating a piece. Without an audience, the artist’s performance is an introverted act; and without dialogue with the public an artist only has the feedback of their peers and funders. It all comes down to the question: who is theatre made for?”

He summed up the concept underpinning OpenMind: “Only when you open your mind, can you allow new ideas to float in”.

Earth Cafe is on Turner Street in the Northern Quarter. For more info go to their website: