The Rusholme based independent arts hub Antwerp Mansion begins a three-day festival event this weekend, showcasing music and art from Manchester and beyond. Ian Pennington looks at the programme of events.

Since being bought in 2009 the building has been undergoing constant renovation with the help of numerous volunteers and has been attracting ever bigger international names since acquiring a live music licence in September 2011.

The Friday schedule leans more towards rock, psychedelic and folk with The Jessie Rose Trip headlining and Love For Zero and Phil Davies and the NinjaSmokeBombs among the others on a packed main stage bill. Upstairs in the Ballroom they’re introducing a ‘soundclash’ concept with separate acts facing off on the same stage to create a sonic battlefield. 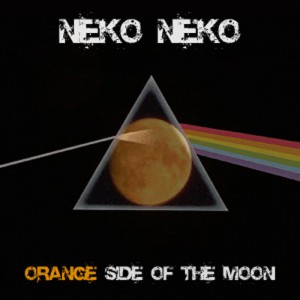 Local hip hop promoters Will Not Be Televised have invited Jeru The Damaja and GZA in recent months and on Saturday 14 July Wu Tang Clan’s Raekwon will follow in their footsteps, topping a bill that includes Four Owls, Red IQ, Sparkz and Omas. Now Then Manchester also host the stage earlier in the day, with electronic musicians Neko Neko, Raikes Parade and (murmur) all performing.

Its Old Rope Gallery will launch a new exhibition on Sunday 15 July and is calling for submissions from local artists to join an extensive variety from Mexico 50 to Amang Mardokhy.

Also on the Sunday, Secret Folk Club presents a day’s worth of live folk and blues including The Yossarians’ side project Avanti, all curated by the Honeyfeet, Noon and Death Traps guitarist Rik Warren.

The Antwerp Mansion Festival takes place over the long weekend of 13-15 July. More information can be found via their website. Artists interested in exhibiting work should contact David Perkins at art@antwerpmansion.com.