In the run-up to the Campaigns Bazaar on Thursday, MULE portrays groups taking part to learn more their work. Suzanne Duffy spoke to Matt Harriott, chair of the University of Manchester (UoM) Living Wage Campaign.

Launched in 2001 by parents in the East End of London, who found that working two minimum wage jobs left no time for family life, the UK Living Wage Campaign aims to end poverty wages. The goal of the student branch of the campaign is to convince the University of Manchester to pay the living wage (currently £7.85) to all its staff, as well as other businesses supported by students. 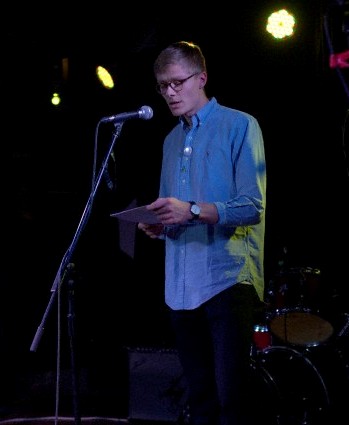 What got you involved in this particular campaign?

There are two reasons really. There’s a more intellectual one because I have had some experience with the people who run the Living Wage Campaign down in London. The national campaign made me think about the fact that you can do something to change poverty. On a more basic level, I want to make a change in the city I live in as a student and leave something positive behind.

Which businesses outside university should pay a living wage and how do you campaign for it?

We’re trying to capitalise on the power students have to effect change. We spend quite a lot of money in the city and we want to use that to our advantage. We want it to be recognised that we are people business should listen to. We’re looking at bars and clubs in town, the kind of places that students often go to. Our initial thoughts include the bars on campus too.

Earlier this month, the UoM Living Wage Campaign was covered in the local press. How important is press pressure in influencing organisations to change?

Press pressure is very important and it immediately gives us a wider audience. It depends who the pressure is aimed at, but it raises awareness about the living wage in general among people who haven’t heard of it before. It’s important for the public image of the University of the Manchester too, so it can be very helpful for us.

How successful are you raising awareness on campus? Is there an appetite for political activism among students?

I think are a lot of people who are interested in these kinds of issues and want to do something about it. I think there is a problem in that some people are sympathetic but don’t want to campaign and it’s really about giving them the tools to be more active.

What about activism in Manchester more generally? Is it a good environment for your campaign?

My experience has been mainly with the Greater Manchester Living Wage Campaign. As far as the politics of the city goes, Manchester has a history still being written about activism, which is really inspiring and can’t be found everywhere. Manchester has the chance to become something different to Westminster, especially with all the talk of devolution going on at the moment, and I think that could be really positive.

The University did give a living wage pledge in 2012 but it has been slow to materialise. Why is that?

There is a difference between what they say and what they do and our campaign is asking the University to reconcile that difference. I think there are other operational issues with the use of subsidiary companies and things but they’re not really my concern. We’re trying to ask them to make a more principled choice. It’s very hard to justify the living wage based solely on economics and business but we want them to make the decision from a moral standpoint.

The UoM Living Wage Campaign is one of more than 30 student societies and local groups taking part in the Greater Manchester Campaigns Bazaar on Thursday 27 November 2014 at Academy 2 from 7.00pm. The entry is free, everyone is welcome and the bar will be open. Find out more here.