A new report from the Manchester Business School’s Fairness at Work research programme sheds some light on the way employers in the North West have been responding to the recession. Read on to discover what’s happening to our workplaces… 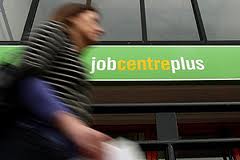 Based around a survey of just under 200 managers in four different sectors which represent the region’s major employers – aerospace manufacturing, software, call centres, local authorities and, er, job centres – the research outlines the widespread adverse effects of the recession on the North West’s economy between 2007 and 2010.

Nearly two thirds of the businesses surveyed claimed to have been impacted by the recession, with more than one third saying they have still not recovered from the impact of the slump that officially began in 2009. Surprisingly, the experience was found to be quite consistent across very different sectors of the economy.

The outcome for workers in the region has been unemployment, lower pay and worsening conditions. The most common response to the recession, used by 42 per cent of employers, was downsizing: the use of voluntary and compulsory redundancies, or reductions in wages and working hours. Of those surveyed, 40 per cent of employers used a ‘flexibility response’ – predominantly the increased use of temps, outsourcing, job mergers and changes to working hours. A third category created by the research team, ‘downsizing plus’, refers to employers using a combination of downsizing and other strategies and was implemented by the remaining 18 per cent of the businesses surveyed.

The new working regime adopted by employers may have wider negative impacts beyond the economic sphere, the study notes, with significant numbers of employers reporting increases in stress among their employees and work related illness. Over a quarter of ‘downsizing plus’ organisations reported increases in health related absences.

One of the most surprising findings of the report concerns the manner in which employers have consulted with staff over their measures taken in response to the recession. Just over 10 per cent of employers engaged in consultations or negotiations with trade unions. In contrast, 40 per cent of employers used ‘informal discussions with individuals’ as a means of breaking the bad news, while nearly 30 per cent chose to brief employees after the changes had been implemented.

With trade unions providing the most basic means of protecting workers rights, their presence in the coming years will be crucial as business seek to cut their costs more aggressively than normal. Even with the weak presence of unions in modern workplaces just over half of employees in the North West work for an organisation where a union is present. Nine out of every ten employers planning redundancy, lower wages or worse working conditions without a trade union either present in their workforce or being consulted is a worrying statistic in this respect.

Times for working people in the North West could be about to get much worse though. As the report notes, unemployment in the North West rose slower than the national average in 2009 after the official onset of recession. The cause, you would expect, is the increased reliance of the North West on public sector employment as opposed to areas such as London, where the boom in financial services prior to 2007 was matched by a sharp contraction when the bust arrived.

Now however, the cost of bailouts and recession have been moved from the banks onto the public sector. The report covers the period up until the final quarter of 2010 but major public sector cuts did not begin to be implemented until mid 2011. The knock-on ‘multiplier’ effect of public sector employment means that the impact of the cuts will spread further afield – indeed, the report notes that managers in call centres reported an adverse impact from the closing of public sector contracts. A similar report to this in a year’s time will, unfortunately, likely make for even grimmer reading.