LGBT History Month saw the return of Queer Contact: Contact Theatre’s annual celebration of ‘queer’ culture that showcases some of Manchester’s finest theatre, cabaret, art, music, and spoken word. Robin Macdonald reports back on the highlights of the festival.

Opening the festival was Short Cuts: Women & Gender Theory, a work-in progress double bill. Women, Chris Hoyle’s darkly-humorous comedy drama, examines the relationships between David, a gay man, and three important women in his life: his mother, his first girlfriend, and his ‘fag hag’. Set on the day of David’s wedding to his partner, the piece is composed of a series of monologues in which each woman speaks frankly to the audience about her relationship with David. The women themselves are parodies of easily recognisable stereotypes: Sarah, David’s first girlfriend is still hopelessly in love with him, while Kate, his fag hag, tells the audience that she always shares his bed.

Of particular note is Ruth Evans’s subtle performance as Sandra, David’s unintentionally homophobic mother. Combining just the right amount of humour and gravity, Evans does not fall into the trap of overplaying her character while David’s absence throughout prevents the audience from making their own judgements about him. Yet, behind the women’s tongue-in-cheek performances lies a serious message: unfair and restrictive prejudices imposed by society are not easy to escape.

Gender Theory, Judith Butler and Other Bedtime Stories is a thought-provoking piece by J. Fergus Evans, Gemma Bradley, and Jackie Hagan. Focusing on the experiences of Fergus and Gemma, two radical queers who are shocked to find themselves with mortgages and in monogamous relationships, the performance examines life after queer theory. Combining video interviews, songs, poetry, and spoken word, the performance asks questions such as ‘what is queer?’, and ‘what’s the queerest haircut you’ve ever had?’ Yet ultimately the performance does not provide definitive answers to these questions. Rather its beauty lies in the fact that, like the term queer, these answers are elusive, highly personal, and ever-changing. Refreshing in its honest rejection of fixed definition, this show is definitely one to watch out for. 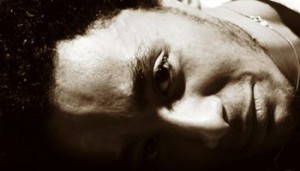 Also part of Queer Contact, Peter Grist and Company presents three dance pieces exploring the ‘gritty underworld of Manchester life’. The first piece, Protect Me, combines audio clips and dance in a political exploration of gender and identity. A clip of a young man’s coming-out story is followed by a dance challenging notions of identity and belonging.

Choreographed by Robert Clement-Evans, the second piece, Real Man examines the relationship between the public and private self. Yet the most impressive and physically demanding of these pieces is Let Go, a collaborative work choreographed and performed by Peter Grist and Laura Vanhulle. Through the intimate and almost brutal interaction between dancers, the piece explores the pain felt when relationships break down. Overall, the company’s ability to explore notions of identity, gender, and sexuality though the medium of dance is truly impressive.

As Queer Contact demonstrates, queer arts are thriving in Manchester. Bringing together a variety of local artists, poets, and performers, the festival is a true celebration of the richness and diversity of queer culture from across the rainy city.