If it was predictable that the conditions in England’s urban areas would lead to social unrest at some stage, it was also predictable that the authorities would react in a hysterical and short-sighted fashion when it arrived. One man in Manchester stands out in particular; District Judge Khalid Qureshi at the Manchester Magistrate’s Court. 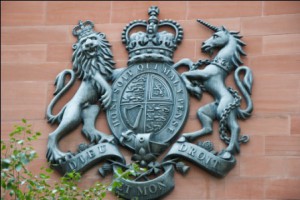 His sentencing has been so draconian as to attract national headlines. Last Friday he saw fit to hand a young mother of two a six month prison sentence, for handling a stolen pair of shorts. She had been at home on the night of the looting. Last Wednesday, he gave Ricky Gemmel, an 18 year old with a promising future ahead of him, a 16 week prison sentence for using “threatening or abusive language or behaviour”: being lippy with the police.

Qureshi’s statements in the press convey the impression of a man seeking vengeance rather than justice. To a 13 year old boy, arrested after he admitted to police he was carrying a hammer, Qureshi said, “If you had been 15 you would be going straight through that door (to the cells) … Nothing the youth offending team could say, nothing your mum could say on your behalf could have prevented that from happening.” To a 14 year old boy charged with stealing a £1 pack of chewing gum, he said, “If you had been any older, I would not hesitate in sending you to detention.”

These two were lucky, but there is now a long and growing list of other youngsters in Manchester facing long prison sentences for what in many cases amounts only to petty theft of low value items – clothes, food and drink worth only a few pounds – which are being categorised as burglary, and some minor public order offences of a kind which happen routinely in town centre pubs at weekends.

The judiciary are, ideally speaking, trusted to act independently of popular and political pressures, impartially deciding sentences having weighed up the public interest, the harm caused by the crime and the circumstances of the individual committing it. But, as one magistrate, writing anonymously in the Guardian put it, “this week’s riots have been so shocking that normally level-headed people start to see due process of law as an encumbrance to justice. The reverse is true.”

In 2006, the Home Office’s Sentencing Advisory Panel issued advice that shoplifters – the most common criminal in the UK – should never be sent to jail unless involved in violent attacks on staff, using children to steal, or working in organized gangs. It is clear that many of those now facing hefty jail sentences were none of the above. Many were first time offenders, stealing neglible amounts from businesses which could easily take the hit.

Theft and handling stolen goods rose 9 per cent last year to just short of 122,000. Only 7.5 per cent of these cases resulted in immediate custody – 65.5 per cent resulted in fines, 13.9 per cent in community sentences. The ultimate custody rate was only 18 per cent: Only 22,000 of the 121,000 people, and these were for the most serious instances of theft.

It is also noticeable that many of the young offenders awaiting sentencing as their cases are passed up to the Crown Court, are being denied bail. This is highly unusual since not granting unconditional bail is, according to the Bail Act, only supposed to happen when there is ‘substantial’ reason to believe the defendant will commit more crimes, run away or interfere with witnesses (hence, as above, only 7.5 per cent of cases result in immediate custody). As the aforementioned anonymous magistrate has written “It can be tempting to treat a remand in custody as a first bite at punishing an offender. That is not just wrong, but also illegal.”

So why are so many people going to jail now – some even before being convicted – for stealing a bottle of vodka or a t-shirt? What makes these cases so different? Magistrates are being ‘advised’ to abandon normal sentencing procedures, with one judge stating that she had been issued a ‘directive’ to ensure that every offender went to jail. This raises major questions about the independence of the judiciary.

Qureshi shares the analysis of the Tory right, saying that the riots took place “for no reason whatsoever”, that it was “mass criminality, nothing more than that.” Even if this was the case and the riots had nothing to do with things like gaping economic inequality, the current sentencing approach will likely create more rather than less criminality.

Vicki Helyar-Cardwell of the Criminal Justice Alliance explains that although prison may be appropriate for rioters that caused serious harm, “it cannot be used as a blanket panacea. As a society we have become over-reliant on prison as a sanction, without a proper discussion of what it can and cannot achieve. Half of all prisoners go on to reoffend within a year of release, and for young offenders the rate is even higher. Imprisoning young people could turn some opportunistic looters into hardened criminals.  We need to reserve prison for serious offences, making sure effective alternatives such as restorative justice are in place that can command the confidence of victims and communities.”

Similarly, Geoff Dobson of the Prison Reform Trust has argued in relation to the riots, “Prison numbers are at a record high level and most prisons are experiencing problems associated with overcrowding. It costs £45,000 per year on average to lock someone up … it would be a mistake to see prison as the default response for all who appear before the courts.”

Statistics released by the Ministry of Justice in November 2010 show that offenders served community punishment under probation supervision are 7 per cent less likely to offend than those given short-term prison sentences of 12 months or less. In a survey of 1,435 prisoners, 68 per cent named a job as the most important factor in preventing them going back to a life of crime after leaving prison, while 60 per cent also cited having somewhere to live.

Many of those thrown into prison this week will either be losing their current jobs or having their future chances of employment wrecked. To compound this, the councils in Salford and Manchester have, predictably following the Tory lead, begun hinting at measures to evict rioters from council housing – an idea of questionable legality and sense given that local authorities are responsible for dealing with homelessness. Making people homeless makes them more rather than less likely to commit crimes, and that is why normally offenders are not stripped of their right to housing.

In the attempt to make an example of those committing spur of the moment petty crimes, judges like Qureshi are making it more likely that the same people will be consigned to a life of criminality. Such actions have nothing to do with dealing with the long term causes of crime and nothing with keeping society safer, but everything to do with knee-jerk populism. The judges and politicians may say our society is sick, but they have no interest whatsoever in looking for a cure.