A company which already detains and deports asylum seekers in the UK has been awarded a government contract worth £175m to provide and manage accommodation, as well as transport, for asylum seekers in Manchester and the North West over the next five years. 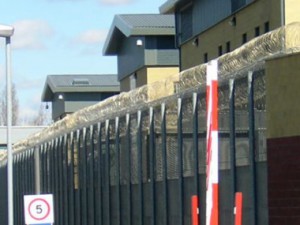 Serco has been awarded the housing and transport contract for the North West of England by the United Kingdom Border Agency COMPASS project, which provides social housing for asylum seekers on behalf of the government. This makes the company – referred to by the Guardian in 2006 as “probably the biggest company you’ve never heard of” – in effect the landlord of the almost 6,000 asylum seekers currently living in the area, for the next five years. Serco also won the contract for Scotland and Northern Ireland.

The company already runs two of the twelve Immigration Removal Centres (IRCs) operating nationally. IRCs are used by the government to detain asylum seekers whose claims have been rejected and are seen as too great a security risk to be socially housed. Both of the detention centres managed by Serco have been the subject of reports alleging abuse of prisoners.

The 2008 report ‘Outsourcing Abuse’, co-authored by law firm Birnberg Peirce and the charities Medical Justice and the National Coalition of Anti-Deportation Campaigns, records the example of Jamaican asylum seeker Clifford Hines at the Serco-run Colnbrook IRC near Heathrow Airport. Hines, who was 32 while incarcerated in Colnbrook, claimed he was beaten up by Serco detention custody officers (DCOs), following a complaint about food, on 28 June 2007, injuring his face, left leg and right knee. He further alleged that three different Serco DCOs assaulted him the next morning, again focusing on his injured knee.

Independent doctor Charmian Goldwyn examined Hines on 19 July 2007, and confirmed damage to the right knee, commenting, “Most of his other bruises had healed as I saw him almost a month after the assaults.”

Colnbrook was also heavily criticised by the Bail for Immigration Detainees charity, in 2006, due to allegations of multiple physical assaults of inmates by staff. One 24-year old asylum seeker from Uganda claimed she was physicallyassaulted by four members of staff simultaneously at the facility.

Serco also manages Yarl’s Wood IRC, in Bedfordshire, which is the main detention centre for female asylum seekers. HM Chief Inspector of Prisons, Nick Hardwick, published a report into conditions at Yarl’s Wood in December last year. The report found that far too many pregnant women were being detained, and highlighted that pregnant asylum seekers should only be detained at all in ‘exceptional circumstances’.

The report also found evidence of “poor case owner reviews […] which took no account of the pregnancy” and also that two ultrasound scans for pregnant women had been delayed while they were detained.

Most troubling of all was the story of one particular pregnant asylum seeker originally detained in Northern Ireland, who was then subjected to a four-day journey to Yarl’s Wood, via Dungavel IRC in Scotland. On arrival at Manchester Airport, she collapsed and had to be hospitalised before resuming travel.

UKBA and Serco have yet to respond to the criticisms made by the report. 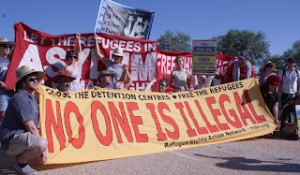 Serco also manages asylum seeker detention globally. It received a contract worth $370m in 2009 for Australia and has since faced persistent claims of abuse of prisoners in Australian detention centres. A former employee of the Curtin Detention Centre in West Australia told the media in August 2011 that treatment of detainees was “outrageously brutal”.

Worth about £175m to Serco, it was signed on 21 March, and comes as part of a major restructuring of the way in which UKBA COMPASS provides asylum social housing. There were previously over 20 contracts awarded by UKBA for providing housing, which have now been amalgamated into just six, one for each major region of the UK. These six contracts have, in turn, been awarded to three companies, which have received two each.

Describing the reasons for the restructure of the service, a UK Border Agency spokesperson said, “Contracts for asylum services have been awarded to providers that demonstrated that they could meet our high standards of support and ensure the welfare of individuals.

“As well as providing a quality service, these contracts will help to deliver estimated savings of £150m over seven years.”

A spokesperson from UKBA has explained its decision to award the contracts to Serco and the two other suppliers for the rest of the UK: G4S and Clearel Ltd:

“The three successful suppliers have won the contracts because they met, and in many instances exceeded, the requirements of the procurement. They demonstrated in their proposals that they will deliver quality service provision to support asylum applicants. The contracts were procured through a fair and transparent competition. We carefully considered offers on the basis of both quality and value for money.” 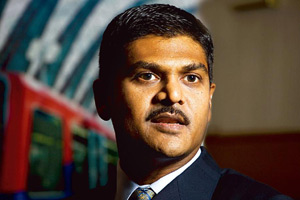 Since signing the contract the company has entered what it calls the ‘Mobilisation’ phase, which is a preparation period before the ‘Transition’ phase, due to begin in June. It is then that the actual switchover of management of housing will begin from the current providers to Serco and its housing sub-contractors.

At this time Serco were unable to tell MULE who their sub-contractors will be in the local area, but said that the contracts were due to be signed “imminently”, and that an official announcement would soon follow.

The company was criticised last year by the Daily Mail for making a profit out of the recession as “state-created outsourcing barons”, along with companies such as G4S and A4E. The paper noted that Serco’s profits grew by one fifth in 2010, and “reckons to have an order book of £16.5 billion”.

On signing the contract, Christopher Hyman, the CEO of Serco group said: “We are delighted to have been chosen by the UK Border Agency for this important service. Our approach will enable us to support the families and individuals in our care with both respect and professionalism, whilst delivering good value for the taxpayer.

“This contract builds on a strong customer relationship with the UK Border Agency, and also on other related services where our innovative partnering approach brings together local suppliers in the private, voluntary and community sectors. We look forward with this contract to extending our proven record for delivering high quality and efficient services in the UK and internationally.”