The University of Manchester’s Dalton Institute is to receive over £8 million of investment from the Government to support the civil nuclear industry, in a deal announced this week by Business Secretary Lord Mandelson as part of the government’s plans to create a low carbon economic area in the Northwest. Yet the development will jeopardise Manchester’s status as a nuclear free city. 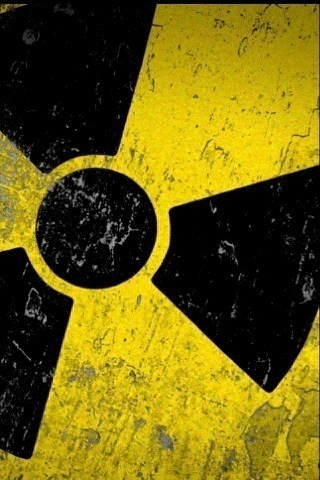 This latest move by the government aims to boost technical expertise in nuclear power generation while at the same time securing more environmentally sustainable sources of energy. The region already boasts a strong presence in the nuclear sector, employing more than 25,000 skilled professionals in 300 companies across the region, with a reported combined turnover of approximately £3 billion.

The £8 million is to support the establishment of the Nuclear Advanced Manufacturing Research Centre (NAMRC). Working in partnership with The University of Manchester’s Dalton Nuclear Institute, the NAMRC will be led by the University of Sheffield, with Rolls-Royce providing the manufacturing arm.

According to the Northwest Development Agency (NWDA), the university “will provide research capability to innovate, demonstrate and disseminate manufacturing technology for components for nuclear power generation and will help supply chain companies compete in the civil nuclear sector.”

The expansion of the research sector is seen as integral to the establishment of the Low Carbon Economic Area (LCEA) in the Northwest and Yorkshire. As part of the plan a so-called ‘low carbon laboratory’ will be established in university buildings along the Oxford Road corridor. The “innovative solutions” to climate change to be developed there, as the NWDA calls them, will include mortgage products that are linked to carbon savings. They also claim that the LCEA will “save 6 million tones of carbon”, although fail to substantiate the statement by offering a timeframe, or explaining what “saving” carbon actually means.

Manchester was declared ‘A Nuclear Free City’ in 1980, following the efforts of the City Council in calling on the government “to refrain from the manufacture or positioning of any nuclear weapons of any kind within the boundaries of our city”.

Subsequently the policy was expanded to include opposition to nuclear power as well as supporting renewable sources. The National Nuclear Free Local Authorities (NFLA) organisation was then set up under the leadership of Manchester City Council after many local councils across the country followed its example.

A spokesperson for the NFLA stated that the Council still upholds its nuclear free policy but that it cannot “affect policy decisions made by Manchester University and the government”, suggesting that the Council remains powerless in influencing major decisions with important impacts on its own turf.

In the face of predictions by climate scientists of impending ecological catastrophe, provoked by increases in the earth’s atmospheric temperature, nuclear energy is seen by some as a pragmatic – and unfortunately necessary – solution to Britain’s energy dilemma. Its proponents cite the fact that nuclear energy overall omits less damaging carbon dioxide into the atmosphere than burning fossil fuels. It seems that in the interest of balancing the burgeoning demand for energy with reduced carbon emissions, Manchester is expected to forgo its former ethical opposition to nuclear.

Joe Flanagan, Head of Energy & ETS of the NWDA said: “Manchester as a Nuclear Free Zone – This idea originated in the 1980s and was mainly driven by nuclear proliferation arguments. The arguments have now moved on and there is growing acceptance that nuclear has a key role to play in the low carbon economy.”

Mr Flanagan argues that: “Nuclear is a low carbon energy source, with lifecycle carbon emissions on a par with renewable energy sources.

“There are two issues around large scale renewables such as offshore wind and Photovoltaic Panels – they are intermittent and unpredictable and come at a high cost, while nuclear will supply predictable energy at a lower cost compared to these renewable technologies.” 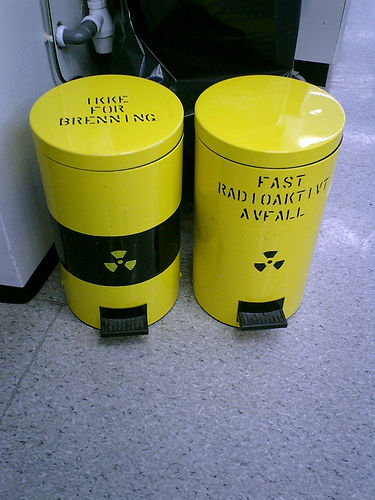 However, there are many sceptical of the green potential of the expansion of the nuclear industry. Criticism largely centres on the relatively small reduction in carbon emissions that will result, especially considering the carbon impact of uranium expansion. This concern is echoed by the the NFLA who, while admitting that councils support research as long as it is “safe, robust and sustainable”, expressed concerns over the long term implications of nuclear waste, even though it is less immediately polluting than non-renewable energy sources like coal.

The Campaign for Nuclear Disarmament (CND) argue that while nuclear power stations produce lower carbon emissions than coal or gas-fired power stations they do not meet the same levels of sustainability as renewable sources. In response to the government’s announcement last month of the expansion of nuclear power, Kate Hudson, chair of the CND was highly critical of the plans: “Nuclear build on the scale envisaged is a drop in the ocean compared to the climate change measures needed. The government’s own advisers say that even with a doubling of nuclear capacity carbon emissions would only drop by 8 per cent – that’s compared with the 60 per cent target set by Government.”

Moreover she added, “investing in nuclear will divert skills and resources away from areas that can have a much more significant impact on cutting carbon emissions, such as large-scale renewable, distributed power generation and carbon capture and storage technologies.”

Leader of the Green Party, Caroline Lucas MEP has also taken issue with the idea that nuclear power is a wise investment: “Nuclear power is also uneconomic. Nowhere in the world has nuclear power come on stream in a way that has been without subsidy. None of the calculations around the cost of nuclear power properly take into account the fact that we need to decommission the nuclear power stations at the end of their life.”

Indeed it is this torturous question of the choice of nuclear energy which has split the environmentalist movement in recent years.

What will be the reception that nuclear energy faces in Manchester? Editor of Manchester Climate Fortnightly, Marc Hudson, said in reference to the question of nuclear waste: “It’s going to be horrific.  We are leaving a ridiculous poison legacy for future generations, who will curse us as their hair falls out and they die from our mess.”

A necessary evil or weak cop-out by a government keen to be seen doing something about climate change? The jury is out.