If you could live forever, would you? That is the central question posed by the 24:7 production The Young, written by Abi Hynes and showing at 2022NQ. The issues dealt with are (excuse the pun) age-old ones: what happens when we lose our youth, would you want to live forever and are youth and beauty one and the same? 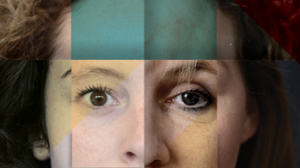 Without giving too much away, the plot centres around a drug called Eterna that has miracle properties. It can cure cancer, stop ageing and generally it’s pretty bloody fantastic, but it does have side-effects, and once you start taking it you can’t easily stop. This turns youth into an addiction, something that is hard to let go of and that can destroy you; it is this that the six characters struggle with as they try to kick Eterna cold turkey and, in doing so, come face to face with their own mortality.

All of the actors gave strong performances, conveying a rising tide of cabin-fever madness with sweaty aplomb. Director Rachel Fernández-Arias made great use of the space, sending the audience through the dancing actors to take their seats and turning the window ledges into bunk beds. Transitional sequences, which portrayed the characters’ nightmares, were compelling and full of powerful symbolism. 2022NQ itself is an interesting space, a cross between a bar, a tube station and a public lavatory, and the whole things sits below street level, with the shadows of pedestrians’ feet flickering at the frosted windows.

While The Young has a captivating idea at its core, it lacks a deeper exploration of the issues raised. Highlighting the obsession with youth as beauty is one thing, but very little is made of age as beauty – character maybe, but not beauty. Why do we assume that a young face is beautiful – why not an old face? Why do we want to be beautiful anyway? Equally, not much value was put on the benefits of age – wisdom, understanding, self-knowledge – none of which the characters seemed to display, despite their advanced years. While I enjoyed the staging, the acting and much of the dialogue, The Young was much like youth itself: bold, loud, but lacking in depth.