Electricians take on the world, and win

At a time when pay and conditions for everyone in the UK bar CEOs appears to be on an inevitable downward trajectory, there was a significant cause for celebration last week. 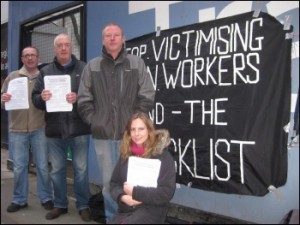 For the better part of the last year, electricians have been fighting against the imposition of the Building and Engineering Services National Agreement (BESNA), a scheme cooked up by the UK’s seven major building contractors and announced last May as a replacement for the Joint Industry Board agreement. BESNA would have entailed pay cuts of up to 30 per cent for many electricians, deskilling, and poorer terms and conditions.

Since its announcement firms intending to introduce BESNA have faced months of sustained protest, with electricians across the UK taking place in weekly mass walkouts, pickets and demonstrations at major construction sites. The actions attracted little media attention, but the disruption they brought to firms working on tight deadlines meant that even without significant negative publicity they were under pressure to make concessions from the very start.

Balfour Beatty (of union blacklisting fame), the largest of the seven contractors and widely suspected to be chief architect of BESNA, sensationally dropped BESNA on 17 February. The other major companies have now followed suit. One of those, NG Bailey, it should be noted, are doing work on the Town Hall revamp, and the Labour council appear to have taken a ‘nothing to do with us’ stance throughout the whole affair.

The defeat of BESNA is a remarkable demonstration of the potential power of self-organised workplace protest – Unite, the main union representing workers in the trade, entered the dispute in the wake of the protests, not as a leader. It also provides an illuminating contrast to the industrial action taken by workers in the public sector over the pensions dispute: rather than holding large-scale strikes separated by periods of several months, the electricians have steadily built support through more regular and accessible actions taking place nationwide on an almost weekly basis, connecting electricians across the UK.

They have also not been afraid to make links with other disputes – attempting to join the students anti-fees march in November for example (the Met were having none of it). Despite the lack of attention the Sparks have received compared to larger and more dramatic protests over the last year, they provide an example to other campaigners about how to defend livelihoods against the odds.