Fairtrade but not fair conditions

Marks and Spencer are keen to flaunt their fair trade credentials. But is it fair that the company who supply their cakes is undermining new employment laws designed to protect agency workers? 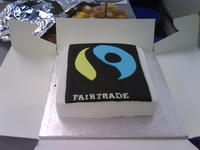 Park Cakes, based in Oldham and Bolton, is one of the largest producers of cakes for M&S, Asda and Sainsburys. Like many employers they use agency workers at busy periods such as Christmas, part of a trend among companies to hire temps instead of recruiting permanent staff. De Poel, a major recruiter of temporary agency labour, reported in last July how some employers took on 21 per cent more agency staff than in the same period last year.

Trade unions and MPs such as John McDonnell have campaigned over many years to obtain equal treatment for agency workers. The result was the Agency Workers Regulations, in force since 1 October this year, which give agency workers the same rights as permanent staff after 12 weeks of employment.

Park Cakes, in common with a number of other companies, see this legislation as a threat and are attempting to undermine it. The company has recruited 30 new permanent staff who are not on the same employment conditions as existing employees. Instead they are on zero hour contracts with no guaranteed hours and on only the minimum statutory terms, with neither overtime payments nor shift allowances. In effect Park Cakes is creating a “two tier” workforce within the factory. Although the terms and conditions of existing workers have been protected for now the Bakers Food and Allied Workers Union (BFAWU), who represent employees at the company, see this as a direct attack on the terms and conditions of all staff.

Union members at Park Cakes have now voted to go on strike for three days from next Monday 7 November to defend their terms and conditions, viewing the actions of Park Cakes as a test case for all employers who employ agency staff while wishing to avoid the new legislation. Park Cakes is one of the largest employers in Oldham, employing 1,500 people, and until recently was viewed by locals as a workplace with decent pay and conditions.

But the response of Park Cakes in creating a two-tier workforce among its permanent staff has outraged John McDonnell and local MPs, including Michael Meacher and Andrew Heyes. John McDonnell has tabled an Early Day Motion calling on the Commons to condemn the company, labeling it “an attempt to drive down pay and conditions and undermine existing trade union agreements.” The company is not alone in trying to evade protections for temps: the Royal Mail have set up their own organisation called Angard Staffing Solutions Ltd with which to employ their 18,000 Christmas staff on the national minimum wage with no regular hours and few conditions. 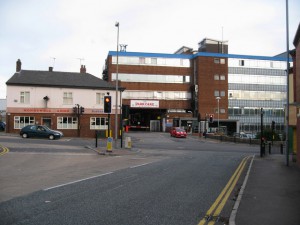 A representative for Park Cake Bakeries was unapologetic, saying: “The company has introduced new contracts for new employees to control costs and remain competitive following the effects of the recession and in order to safeguard existing jobs at its Bolton and Oldham sites.”

National BFAWU president Ian Hodson however challenged the company over their action and congratulated his members in standing up for their terms and conditions, saying “I want to congratulate our members at Park Cake Bolton and Oldham for standing up for themselves and their co-workers and for recognising that what the company has done is not just immoral, but wrong.

“It takes courage to stand up and they have overwhelmingly backed their Trade Union, despite the sackings, threats and pressure put on them by senior managers, who wrote to them to vote ‘no’ and called them to briefings to try and damage the reputation of their representatives by making false allegations and deliberately misrepresenting the Union position.”

Union members at Park Cake Bakeries chose next week to strike as it coincides with the launch of a new cake for Marks and Spencer. They challenge the whole conception of fair trade which Marks and Spencer supposedly espouse when they remind customers on their website: “Remember, every Fairtrade product you buy will help farmers and workers in developing countries to invest in their communities.”

Workers at Park Cake Bakeries are asking the question: is it fair to create a two tier workforce at a time of rising unemployment and declining wages? And don’t the communities of Oldham and Bolton need investment too?