Workers across Greater Manchester have had a real term wage cut of 5.5 per cent, worse than the UK average of 4.5 per cent, as wage increases have failed to keep pace with inflation.

The Office for National Statistic’s Annual Survey of Hours and Earnings reveals a median wage of £21,326 for the entire country, a nominal 0.5 per cent increase on last year’s figures. The Greater Manchester average of £19,992 is a nominal 0.5 per cent wage cut, made worse when adjusted for the higher ‘Consumer Price Index’ (CPI) inflation rate of 5 per cent. The nominal wage cut for the North West region was 0.2 per cent. 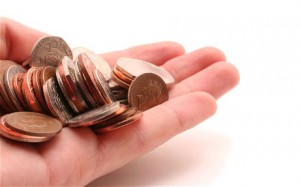 The results also show that the 53,000 male part-time workers across the city’s Local Authorities have seen the largest pay increase – or, in real terms, the smallest cut – with a 1.8 per cent increase. This was driven by a quarter of employers across the North West responding to the recession and public sector cuts by moving full-time workers onto part-time contracts.

However, in Manchester this has been split across gender lines. Since 2010 there has been an increase of 5,000 more male part-time workers, despite men only making up a fifth of the part-time labour market. In the same period the number of female part-time workers decreased by 2,000, with their wages increasing by only 0.8 per cent, a 4.8 per cent pay cut when adjusted for inflation.

With the numbers of both male and female full-time workers being down on the 2010 figures, this suggests that during restructuring men have largely been the recipients of reduced hours whereas women are more likely to lose their jobs. 30 per cent of women are in low-paid employment, compared to 16 per cent of men.

Commenting on the figures, Geoff Brown, Secretary of the Manchester TUC, told MULE: “These figures show clearly that we are experiencing the biggest cut in working class living standards in more than a generation and that the lowest paid, in particular women, are the hardest hit.”

Across the country directors and chief executives of major organisations saw the largest nominal pay increases for any occupation, with their earnings up 15 per cent to £112, 157. This has been in the context of a prolonged capital strike by the nation’s corporations, many of whom have refrained from investing large surpluses – as much as 7.4 per cent of GDP – in a fragile economy.

The country is also seeing a renewed wave of labour agitation, with electricians across the country engaged in unofficial strikes in response to a substantial proposed wage reduction, and public sector workers due to walk out on Wednesday.