Manchester’s social housing waiting list is mounting as the local council struggles to halt the current increase. Official statistics show an estimated 13,000 homes are currently unoccupied in Manchester. Meanwhile, the waiting list published in June details more than 23,000 people waiting to be re-housed – an increase of 1,768 in 12 months. 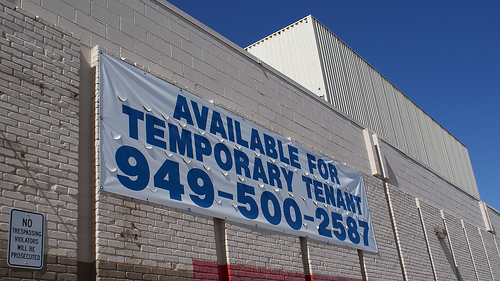 Lib Dem councillors are calling for urgent action to deal with the issue, encouraging the council to “use all the powers and resources at its disposal to make serious inroads into tackling the Housing Crisis.”

Cllr Donaldson said: “It is a misconception that things are rosy in the garden,” and branded Labour’s handling of the housing crisis as “totally complacent.”

The worrying figures has prompted Lib Dem councillors to call for greater investment in social housing from Westminster in order to tackle the serious issues of housing affecting large numbers of Manchester residents.  Cllr Donaldson said: “The response in the House of Commons is unsatisfactory. There have been promises of inaction.” The Lib Dem Cllr also stated that the problem isn’t just in Manchester but all across the UK. However, it’s the Northwest which boasts the largest waiting list in the country.

But Labour’s city council supremo on housing, Cllr Paul Andrews denied there being such a crisis in Manchester at the full council meeting of 7 October. The statistics appear to indicate otherwise. It’s difficult to spin a seven per cent rise in waiting list numbers in just 12 months as insignificant, especially when the starting point was 21,000.

Meanwhile there are 13,000 houses lying empty in the community, considered to be a stain on society, but which could potentially provide much needed accomodation. The Empty Homes Agency, an independent charity, which aims to highlight the waste of empty property in England and keep the housing crisis in the public eye to aid the regeneration of communities.

David Ireland, Chief Executive of the group believes that, of the areas affected by empty homes, Manchester is “well above average” and points towards the recession for causing “regeneration stalls”, where social housing has been at a point of transition, but a lack of funding has prevented the completion of certain housing projects.

Mr Ireland suggests that a study of an area’s condition beforehand is paramount to deciding the best way to make it “economically active” again, adding, “Manchester is a mixed bag. There have been success stories in Manchester and Salford with New Islington and Chimney Pot Park, which have changed the perception of the areas.”

These specific success stories have come as a result of total regeneration after destroying houses – “flattening the whole lot”. Mr Ireland emphasised other northern success stories where communities have been brought back from nearly complete depletion. In Newcastle the council set up a scheme called homesteading, and sold council houses for £1 under the premise that residents would renovate and commit to the property for the long term.

The amount of empty housing in the area can be partly attributed to the private ownership of these properties, with owners waiting for another boom in the housing market. With Manchester’s Labour council still suffering from the legacy of the Thatcher years and the ‘Right to Buy’ scheme, large numbers of council houses were sold off but not replaced. Many rich landlords snapped up a vast amount of affordable social housing, and the baton of providing new housing stock passed over to the private sector. Unfortunately for those who languish at the bottom of the waiting list, the private sector makes more money out of the richer tenants and buyers than the poorer ones.

The trend of council-owned housing being transferred to registered housing associations has continued since 1997. However, different housing groups exist to aid those who seek affordable social housing. The Great Places Housing Group, which produces over 400 social and affordable properties per year, have a scheme called ‘shared-ownership’, concerning those who earn up to £60,000 a year.  According to a spokesperson for the GPHG, people who wish to get onto the housing ladder can “buy a 50 per cent share and pay a combination of rent and mortgage”.

The government appointed organisation Plumlife, a not-for-profit company specialising in shared and low cost home ownership is part of the GPHG.  Plumlife “offer help to those who cannot afford a property with just a commercially-available mortgage”. The scheme is supposed to work in favour of the homeowner so that if the level of income or house price increases the homeowner can purchase more of a share in the property. The scheme has brought relative success since the start of this financial year, with family friendly rural areas the most desirable locations according to the GPHG.

This type of scheme is supported by Lib Dem Councillors and they deem the money which the council has in reserve could be shared with first time property buyers. This scheme would “ensure that the council receives a share of the money when the property is sold and the council will not lose its reserves.”

In September the council announced that it would build a rather non-inspiring 32 homes in Charlestown and Blackley, which would aid a miniscule number of the waiting list. Simultaneously with the number of empty homes and the waiting list increasing, it may be a more productive strategy on the council’s part to buy back some of the empty housing stock from property developers.