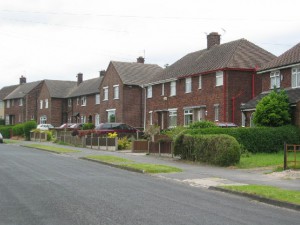 The website, launched today, collates information from across England and Wales. The league table assesses and ranks councils and their partners on their effectiveness at providing affordable housing, and gives detailed breakdowns of each council’s individual performance. It finds that 98 per cent are currently failing to deliver the affordable housing needed in their area, while there are 1.8 million households in England alone on waiting lists. Despite endless press releases and proclamations about regeneration masterplans, Manchester City Council is ranked at 215th out of 323 local authorities.

At last count in April 2009 there were almost 22,723 households on the affordable housing waiting list in Manchester. In order to meet this demand, independent experts say, 2,448 affordable homes need to be built every year. At present the Council has not disclosed how many it intends to build, but over the three-year period analysed by Shelter it had built on average 317 per annum – 13 per cent of the number needed.

Put into perspective, during 2008/9, 2,393 houses were completed in the city. The average of 317 cited by Shelter amounts to only 13 per cent of new build housing being affordable, well below the Council’s own target of 20 per cent as a starting point for new developments. Even if met, Shelter’s research suggests this would still be hugely inadequate.

Of these 2,393 homes just four were built by registered social landlords and none by the Council. However, as MULE reported back in September, the Council are to build 32 new council houses – the first for over 20 years – in Blackley and Charlestown. Work started this week, but new council housing is not part of Council policy. The money was in fact won in a design competition, and 32 houses in a one-off scheme hardly makes a dent in the growing need for social housing.

All this seems to escape Manchester’s political leaders. Housing supremo Councillor Paul Andrews continually denies that there’s a housing crisis in the city. When 98 per cent of councils are failing to deliver the affordable housing needed, and Manchester is 215th on the list, it’s hard not to wonder whether Andrews is in touch with reality.

Meanwhile the city’s high and mighty, like Council CEO Sir Howard Bernstein, New East Manchester chief exec Eddie Smith, Urban Splash chair Tom Bloxham and Bruntwood boss Chris Oglesby, have been in Cannes. There they have been enjoying the annual MIPIM conference, “the world’s premier real estate event”, lauding over how fantastic Manchester’s regeneration schemes are, and trying to persuade investors that there’s nowhere better to put your money than Manchester, with its ever-increasing developments and new partnerships.

After all, if you can’t get property prices rising again, how on Earth would you solve a lack of affordable housing? Once again Manchester’s elite prove themselves unable to grasp the reality of local people’s lives.