Hulme residents are once again facing ‘regeneration’ plans which have been met widespread opposition. The proposals involve demolishing Arch Bar and building six-storey student flats on the site. The bar has been closed since a drive-by shooting in 2007. 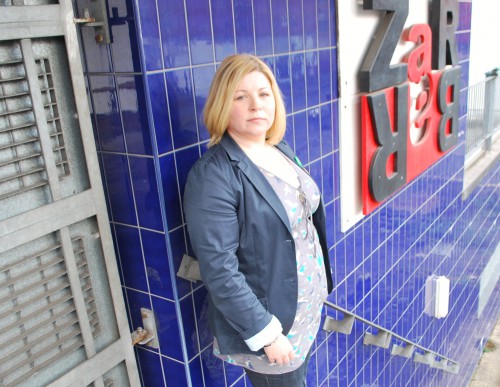 Residents have put forward several proposals for the building to be used as a community space. These have all been refused by the Council, though the planning department has now deferred their decision until a later date. Campaigners say this is as a result of the local resistance to the plans.

Opponents have started a petition against the demolition, which they say was one of the last venues in Hulme to have a vibrant night life. They also claim the development will cause problems of loss of light, increased congestion and noise.

Gayle O’Donovan of Hulme Green Party said, “While students have a lot to offer and are welcome, residents fear that too much of one type of accommodation risks jeopardising the diverse and vibrant nature of the Hulme community.”

This latest scheme has added to residents’ unease that Hulme is likely to become dominated by students. Manchester Met University (MMU), in conjunction with the City Council, is planning to build its new ‘super campus’ on Birley Fields, a green space just a stone’s throw from the bar. This proposal was also met with anger by many locals who feel there has been little meaningful consultation with residents on the issue.

While MMU has boasted about the facilities that will be shared with locals, a large proportion of the development will be student accommodation and car parking. Since MMU’s financial problems became apparent a few months ago the development is now planned to progress in stages. Campaigners fear that this will mean the profitable parts, such as accommodation, will go prioritised at the expense of the community projects.

Further concerns have been raised after Yorkshire-based developers Manor Property Group recently announced the purchase of a site on Coupland Street, next to Birley Fields. It plans to build an eight-storey tower containing 672 student rooms, office space and a convenience store. This scheme is separate from MMU’s proposal, who claimed they knew “nothing about [Manor’s] plans”.

Nigel Woodcock of the Our Hulme group told MULE that there is a real worry among locals that “the community will become even more isolated and fragmented” if the plans proceed.