As the University and College Union ballots members for strike action at Manchester College over terms and conditions of new contracts, MULE takes a closer look at the further education giant and its high flying but much criticised principal, Peter Tavernor. 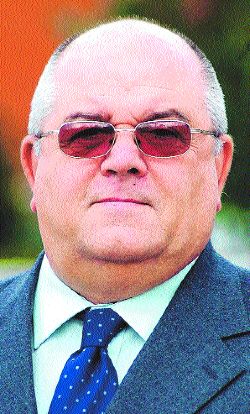 Promoted in 1997 to Principal of the College’s forerunner the Manchester College of Arts and Technology (MANCAT), Tavernor was faced with a college that had struggled financially since its independence from the Council in 1992. In one of his first acts he was forced to form a business plan and negotiate a bank loan to cover employment costs and save the struggling college.

An Ofsted report in 2007 praised MANCAT’s progress in achieving “outstanding teaching and learning” and under his businesslike stewardship the college has expanded its reach, merging with City College in 2008 to form the Manchester College and recently winning a £40 million grant from the Learning and Skills Council (LSC) to build or refurbish campuses in Wythenshawe, Harpurhey and Didsbury. The College now educates 80,000 students and adult learners, with an estimated annual turnover of £180 million pounds.

On the face of it Tavernor’s stewardship has been a success. However, despite these achievements Tavernor’s leadership has also been marked by allegations of harassment of trade union members and accusations of “institutional fraud” in the House of Commons.

Recently the College announced redundancies in its prisons teaching branches, just two months after finalising a contract making it the largest provider of prison education in Britain. The affair was condemned by prison reform groups and the college lecturers’ union UCU. In a similar cock up last autumn, up to 300 students were thrown off its English for Speakers of Other Languages (ESOL) course, with the Council’s Manchester Adult Education Service forced to bring about a last-minute rescue.

In December 2008 concerns were raised in Parliament by Conservative MP Richard Bacon over alleged falsification of registers and Additional Learning Support forms to claim extra funding from the Learning and Skills Council.

The chair of the board of governors for the College, Councillor Sue Murphy, wrote a letter in response saying she was “outraged” by the claims. Murphy stated that three separate organisations had investigated the college and found no evidence of wrongdoing and claimed that the allegations referred to MANCAT staff in 2001-2002. She hinted that Tavernor was coming under attack from disgruntled individuals as a result of what she called his “strong management”.

While three investigations into the college did not find evidence of systematic fraud, Mr Bacon criticised the “wholesale destruction of auditable documents by the college,” which “thwarted inquiries” into the allegations. Many of the managers alleged to have been involved remain in senior positions.

Mr Bacon noted that “while the college denies any wrongdoing, it is hard to see how the public can have confidence in such exercises when potentially crucial paperwork has been destroyed and important witnesses gagged through confidentiality clauses.”

One of the auditors, Pricewaterhouse Coopers, ended their working relationship with the college six months after their investigation. Lee Childs, a Partner in PWC, stated in a letter to Tavernor that “frankly, I do not believe it possible to audit effectively without trust on both sides.”

Ongoing concerns have also been raised over the treatment of staff. In June 2006 an employment tribunal found the College guilty of unfair dismissal by sacking five teachers for engaging in trade union activity.

In a majority verdict the tribunal said that MANCAT’s witness to the hearing had “attempted to mislead the tribunal” over the withdrawal of the claimants’ telephone and email access, described “contempt for the union” and said that denial of access to union representation for one claimant was “completely without foundation.”

August 2009 saw strike action over compulsory redundancies and removal of crèche facilities at the college, with union members accusing the college of failing to negotiate and follow due process. 15 members of staff were dismissed, including the UCU branch secretary.

The college now controls most further education outlets in Manchester and is a major provider of working-class education in the city. Fears have been voiced that the cuts will damage the quality of education at the college as overstretched teachers struggle to provide the same quality of education. One union rep recently warned that the college, run on business lines, is “a flagship of not only what education is meant to be but also the style of management which will become the norm.”