Welfare Reform: who will it affect?

As part of MULE’s feature on the Welfare Reform Bill, set to be trialled in Greater Manchester towards the end of 2010, Hazel Kent looks at who’s likely to be hit hardest by the Government’s latest welfare-cutting masterplan. 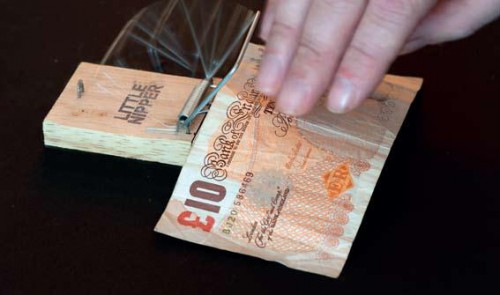 The position of low-waged workers, who in the current economic climate are already struggling to stay in work, will also be affected by the schemes. As benefit claimants are put in placements where they are not paid, unemployed people could basically be used as cheap labour, undermining those in paid jobs and their working conditions. It could also lead to a loss of long-term contracted jobs. In New York, where the similar Workfare scheme was introduced, 30,000 union jobs were lost within the first few years.

The Public and Commercial Services Union have been active in fighting the Welfare Reform Bill from the outset. Included in the Bill are suggestions for Jobcentres to move towards privatisation, and follow a model used by call centres.

This change has already resulted in less face to face interaction between Jobcentre workers and jobseekers. In Manchester, the local Disability Benefit Centre was closed in November 2009. Users must now call or go to Blackpool or Preston. Jobcentre workers have complained that they will no longer provide specialist support, and there have already been many job cuts. Outreach support for carers and pensioners has been taken away, though single parent advisors still exist.

Many people working for the Department of Work and Pensions already claim Income Support and the basic wage for a clerical assistant is only 24p above minimum wage. The Government has pledged to invest £15 million into private schemes, but only £3.5 million into Jobcentre run schemes.

Single parents with a child aged 10 or above will be expected to attend workbased interviews, with benefits cut if they do not attend. Single parents are being moved from Income Support to Jobseekers Allowance – meaning if someone turns down a job offer or is deemed not to be making enough effort to seek work, their benefits will be cut under ‘sanctions’. The move is supposedly aimed at eradicating poverty. However, it does not address root problems such as insufficient affordable childcare and inflexible working hours.

At present, single parents are often better able to cope on benefits than if they were working and having to pay childcare costs. The English Collective of Prostitutes has warned they are expecting an increase in women entering sex work with the change in legislation. The age a child should be before a parent returns to work keeps falling; first from 16 to 12 and, since October 2009, to 10. From October 2010 it will be 7. On top of this, single mothers will be forced to register both parents’ names on the birth certificate, meaning that if a woman has been coerced or abused, she must still use the father’s name on official documentation.

Those with an alcohol or drug dependency, some of the most vulnerable in society, can be forced to comply with a treatment programme. Drug and alcohol abuse is already dealt with by the penal and health systems, and many have questioned whether extra pressure from the welfare system will actually help those in need.

There is also a suggestion that Jobcentre workers may be given access to police records, or be encouraged to probe into people’s personal lives. These ideas have been heavily criticised by Liberty, the civil rights campaign group. They worry that people who are in need of benefits may not claim them for fear of having to disclose a dependent.

Incapacity Benefit is, in effect, being removed and replaced by Employment and Support Allowance (ESA). Many concessions have been won on ESA by disabled rights campaigners but problems persist. A person’s ability to work is judged on physical capacity to perform daily tasks, but ESA does not fully take into account how this translates to a working environment.

Currently more than half of claimants claimin for ill health have mental health problems. It has been reported that the drive to get people off Incapacity Benefit and into work is making claimants more ill with stress. Conditions and sanctions can be put in place to try to force them into potentially unsuitable work. If they refuse their benefits could be cut. The system is so confusing that independent support groups have already appeared online.

At present it is still unclear who will be judging capacity to work, and it is possible that Jobcentre workers, who are untrained in mental health, will have to take on this responsibility.

For more coverage of the trial, see Patrick Smith’s article on how Jobseekers may be forced to work for as little as £1.27 per hour just to claim their benefits.