Lowest common denominator politics: the cuts and the myths of welfare dependency

As the massive turnout for the March 26 demonstration in London proved, the cuts are proving to be extremely unpopular, even before they’ve really begun to bite. The coalition anticipated this, and have been expending a great deal of energy since they entered office in creating scapegoats. After all, people might otherwise begin to ask uncomfortable questions about the Conservative’s donors in the financial sector, who provide 50 per cent of the party’s funds. 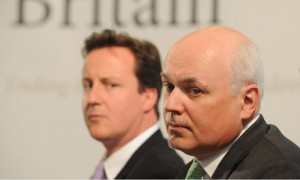 Enter the cast of villains: First, the myth of the ‘gold plated’ or ‘featherbed’ public sector pensions (average £7,000 per year). Then there’s the out-of-control pay of senior civil servants, neglecting the fact that the average FTSE 100 boss earns 128 times the average salary of their employees, compared to 12 in the public sector. Most important of all though is the coalition’s attempt to rekindle the Victorian notion of the ‘undeserving poor’. These are the people who, Cameron claims, are “trapped in a fog of dependency”, choose to cheat the system and “live off the hard work of others”, rather taking the easily available job opportunities. Thus, the coalition must end ‘benefits culture’ by cutting back welfare provision.

A run through the facts reveals just how misleading the coalition is over this issue. A report out last week from the Department of Work and Pensions states that just 0.8 per cent of the benefit bill is lost to fraud. The ‘cheats’ are a tiny minority of claimants. Nor is benefit fraud rising, in fact it has dropped by over 50 per cent since 2000. Nor are there, as the government claimed in February, an army of cheats on incapacity benefit. The widely circulated claim about two in three claimants being fit for work came from an outlandish misrepresentation of the figures and categories used by the government, pounced upon eagerly by the press.

The image of countless scroungers dodging work they could easily obtain if they tried looks even more unrealistic when it is taken into account that, on average in the UK, there are four unemployed people for every one advertised job vacancy. The average number of people sanctioned for turning down an offer of employment is just 17,000 each year, compared to 250,000 people claiming benefits each month. Data from the Office for National Statisitics released in the autumn revealed that 400,000 people a month move from unemployment into work, while 500,000 a month lose employment. Far from a hoard of people unwilling to work then, the reality of the ‘flexible’ UK labour market is millions of people reliant on low wage, temporary work that continually throws them in and out of employment.

Finding work will certainly not be made easier now employment advice services of all varieties are being cut back (and partially replaced with unpaid forced labour). Benefits in the UK are already among the lowest in Europe and at current levels, research shows, Job Seekers Allowance is insufficient to cover the essentials of food, bills and transport. Recently, a Job Centre whistle-blower speaking with the Guardian suggested staff were being encouraged to trick people into losing benefits they were entitled to. 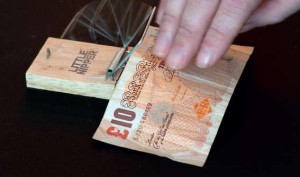 For many of those in work, stagnant and now declining real wages mean the picture isn’t rosy either. Official statistics show that over half of the UK’s children classified as poor live in families where one adult is in employment. But, as covered recently in MULE, child benefits and services are being cut as well in a variety of different ways, potentially costing dual earning families on minimum wage up to £2,700 a year. Again, this is based upon the myth that there are vast hoards of people who just need to pull their socks up rather than seeking help from the state.

Myths these may be, but they’re useful for distracting attention and deflecting anger that might otherwise be turned elsewhere. This, unfortunately, is a lesson which seems to have been picked up by Manchester City Council. So far this year, they’ve faced protests and public criticism over their attempts to shut down Levenshume Baths, the outsourcing of Sure Start and the full closure of youth services. Reading through the budget the council passed in March and associated documents, it becomes clear that the main strategy being touted to justify savings is the task of reducing the ‘disproportionate costs’ of ‘dependency related public services.’ Part of this, the council state, will be achieved ‘naturally’ through economic growth increasing employment, but this won’t be enough. Additionally, welfare services must be made more ‘targeted’ to only the most needy. The message is plain: cut off the undeserving poor. 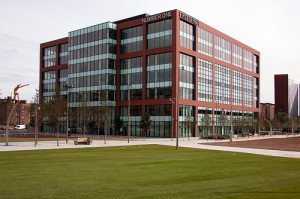 The logic has appeared elsewhere recently. The council leadership’s justification for closing Manchester Advice was based in large part on their claim that it somehow created dependency – a claim convincingly denied by its supporters. When questioned by MULE on North Manchester Community Radio about the logic of closing services like Sure Start while continuing to back regeneration projects of questionable worth, council leader Richard Leese claimed Manchester would become the “welfare capital of the world”. The blame of the ‘undeserving poor’, will it seems become the lowest common denominator between the three main parties when it comes to the cuts.

The council leadership would be right to point the finger of blame at the collation over things like the recent Centre for Cities report showing that the North West will be just about the worst affected part of the country in terms of welfare cuts. In Manchester specifically, the council have pointed out, the important Supporting People fund is, for Manchester, being cut by central government by 35 per cent compared to an average of 1 percent nationwide. Meanwhile, £8m is being cut from the Early Intervention Fund. However, in the months ahead, nobody should be fooled by the council attempting to deflect criticism for the cuts they are imposing onto non-existent hoards of welfare dependents.